Home > Back to Search Results > Reflecting upon the war in America...
Click image to enlarge 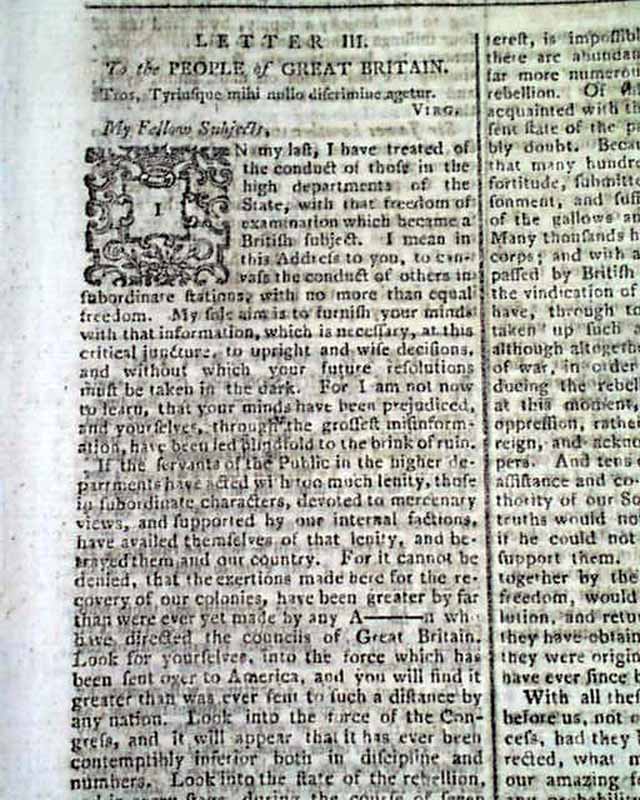 Reflecting upon the war in America...

The front page has 2 columns taken up with a letter: "To the People of Great Britain" much of which comments on the situation in America and the Revolutionary War.
Nearly 4 pages of reports from the "House of Commons" also include some discussion of the American situation, one item noting: "...The illusion which had filled the minds of some gentlemen with the hope of seeing America reduced to her former obedience to this country, was now no more..." and other war-related items.
Eight pages, 8 1/2 by 11 1/2 inches, nice condition.