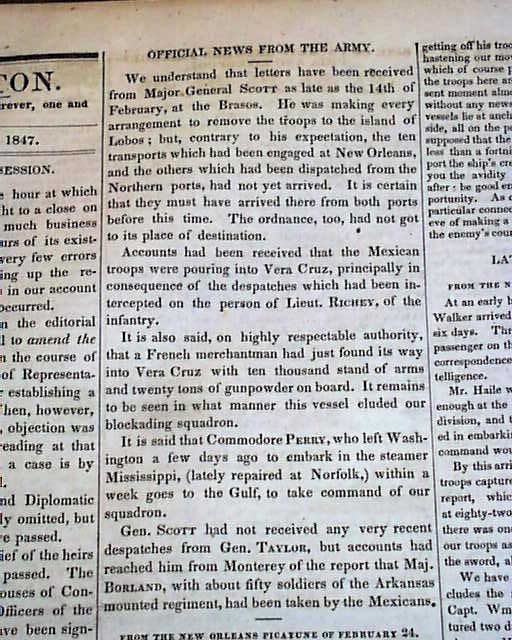 There is some fine reporting on the progress of the Mexican War, as page 3 has: "Official News From The Army" "News From Mexico" which includes a lengthy & detailed letter from the "U.S. Squadron off Anton Lizardo" which has much on Santa Anna. Also: "Latest From The Brasos" and a letter from: "The General-in-Chief of the Army of Operations of the North to His Subordinates" which is signed in type: Antonio Lopez De Santa Anna. One paragraph includes: "Soldiers! Hurry forth in defense of your country. The cause we sustain is a holy one...".
Four pages, nice condition.