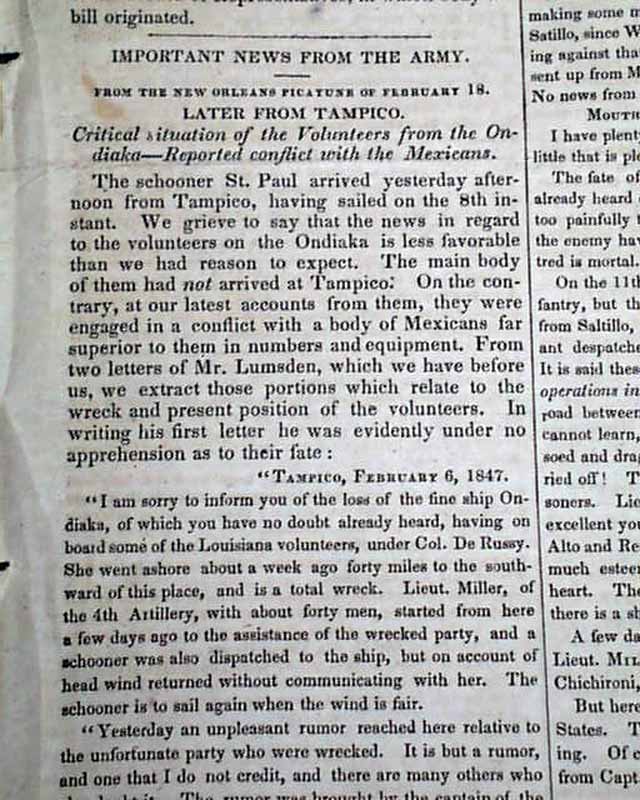 
DAILY NATIONAL INTELLIGENCER, Washington, D.C., Feb. 26, 1847  Over half of page 3 is taken up with reports on the Mexican War, with items headed: "An Important 'Sign' " "Important News From the Army" "Later From Tampico - Critical Situation of the Volunteers from the Ondiaka--Reported Conflict with the Mexicans" which has two letters from Tampico. Then: "Later From the Brazos - Capture of a Detachment of Troops under Majors Borland and Gaines...Near Saltillo" and s letter from the: "Camp on the Rio Grande".
Also: "Later From Mexico - Condition of Santa Anna's Army--Proposed Movement to  Tula--Futility of the Seizure of Church Property--Battle of El Paso...".
Four pages, very nice condition.