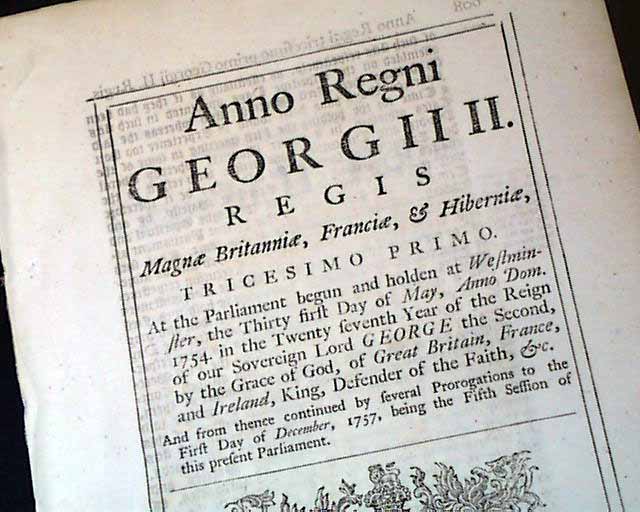 
ACT OF PARLIAMENT, London, England, 1758  Nice full title page has an engraving of the Royal coat-of-arms. Inside has an act: "...for further explaining the laws touching the electors of knights of the Shire to serve in Parliament for that part of Great Britain called England."
A decorative document given the displayable title page.
Four pages, 11 by 7 1/4 inches, nice condition.