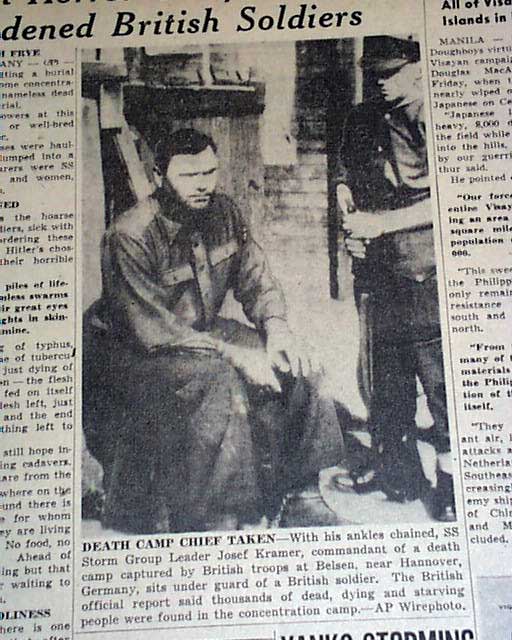 This issue contains a page 2 report of the horrific details surrounding the Belsen Concentration Camp.  A photo includes the S.S. Trooper, Joseph Kramer, head of the camp, in chains and under the guard of British soldiers.  Kramer was formerly the head commander at Auschwitz. The top of page 2 has a three column heading: "Nazi Horror Camp Sickens Hardened British Soldiers" with the photo of Kramer. (see)
Complete with 14 pages, light toning at the margins, a few tiny binding holes along the spine, nice condition.

Lead up to WWII... Poland Prepares...