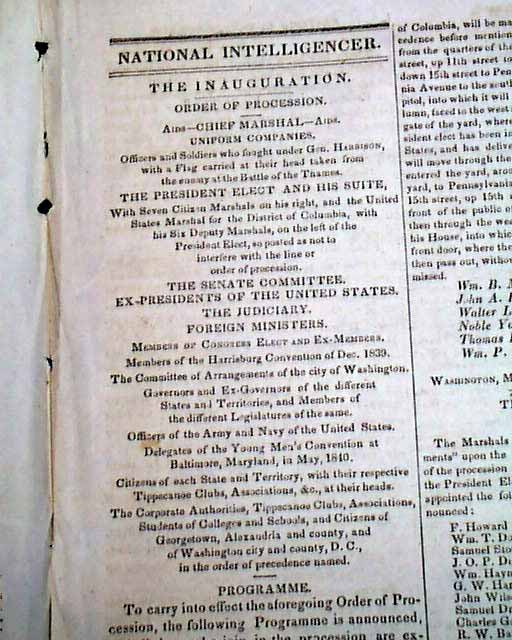 A terrific newspaper for the content found on page 3, which has considerable detail on the plans for the inauguration of William Henry Harrison which happened on the following day.
The first 1 1/2 columns are taken up with: "The Inauguration - Order of Procession" "Programme" "Regulations" "Line of March" and: "The Inauguration".
The considerable detail of the proceedings is not surprising in a newspaper from the nation's capital, and likely not to be found in any other city's newspaper. He would hold office for just one month.
Four pages, great condition.