Home > Back to Search Results > On the Mormon War in Missouri...
Click image to enlarge 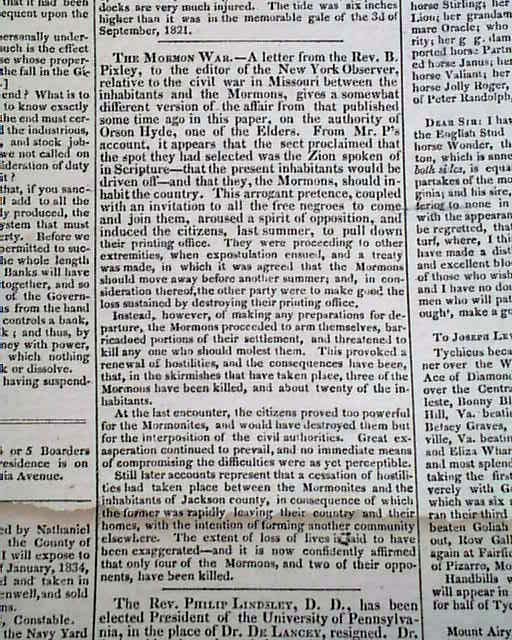 On the Mormon War in Missouri...


NATIONAL INTELLIGENCER, Washington, D.C., Dec. 24, 1833  Page 3 has a quite early report concerning the Mormons, with a small head: "The Mormon War".
The report gives some details of the troubles between the Mormons and the state of Missouri, noting in part: "...that the sect proclaimed that the spot they had selected was the Zion spoken of in scripture--that the present inhabitant would be driven off--and that they, he Mormons, should inhabit the country..." with much more.
Four pages, damp staining at the top and bottom, otherwise nice.