Home > Back to Search Results > From world-famous Coronado, California...
Click image to enlarge 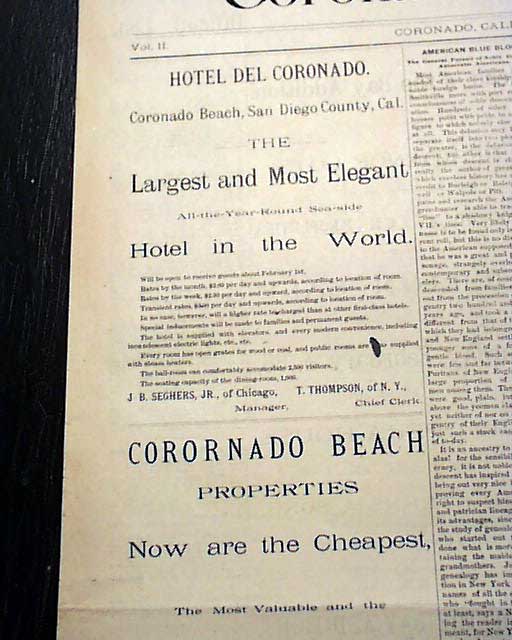 Very uncommon newspaper from this city in San Diego Bay. Considered an island, but technically a peninsula connected to the mainland by the "Silver Strand".
This was the year the world-famous Hotel Del Coronado opened, with a front page advertisement for it. It opened as the largest resort hotel in the world. It remains very famous today.
Four pages, a tiny worm hole in the top half, good condition.

The Pueblo Incident with North Korea....