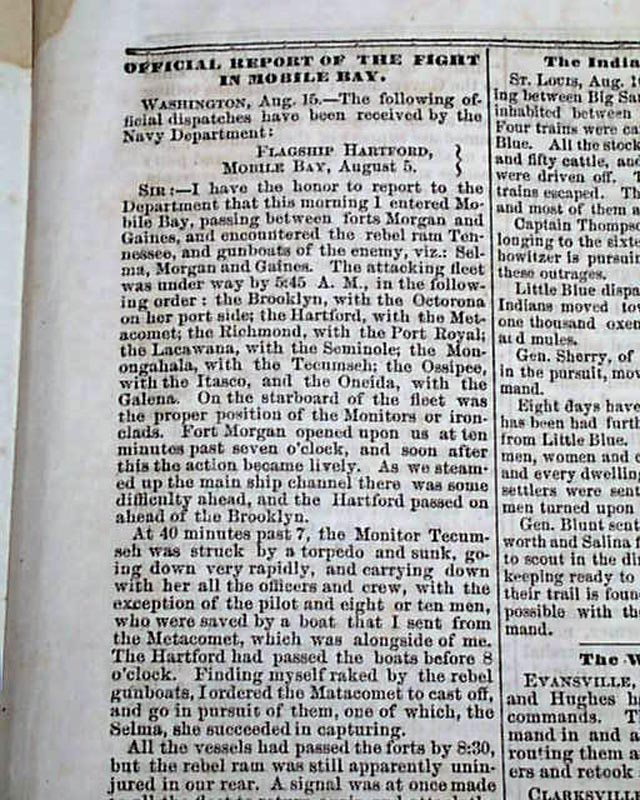 Among the articles within: "The Armistice Trick" "Official Report of the Fight in Mobile Bay" is signed in type: D. G. Farragut; "Gen. Sherman on Recruiting in the Rebel States" "What Was Written Before the War Commenced" "A Monstrous Confession of Incompetence to Govern!" and much more.
Eight pages, never bound nor trimmed so it folds out to one large sheet, good condition.