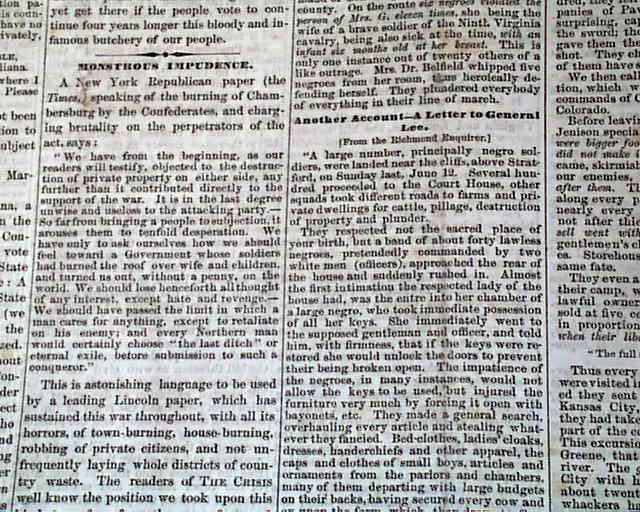 
THE CRISIS, Columbus, Ohio, Aug. 17, 1864  Among the articles on the ftpg. are: "Monstrous Impudence" "Another Account--A Letter to General Lee" "Horrible Crimes of Negro Soldiers" "The American Union Passing Away" and more.
Articles within: "A General Who Fights Women & Children" "Gen. Paine and the She Secesh" "News From Rebel Sources" "War News of the Week" "Horrors of War" and much more.
Eight pages, never bound nor trimmed so it folds out to one large sheet, various foxing, bit of staining at the margins, good condition.