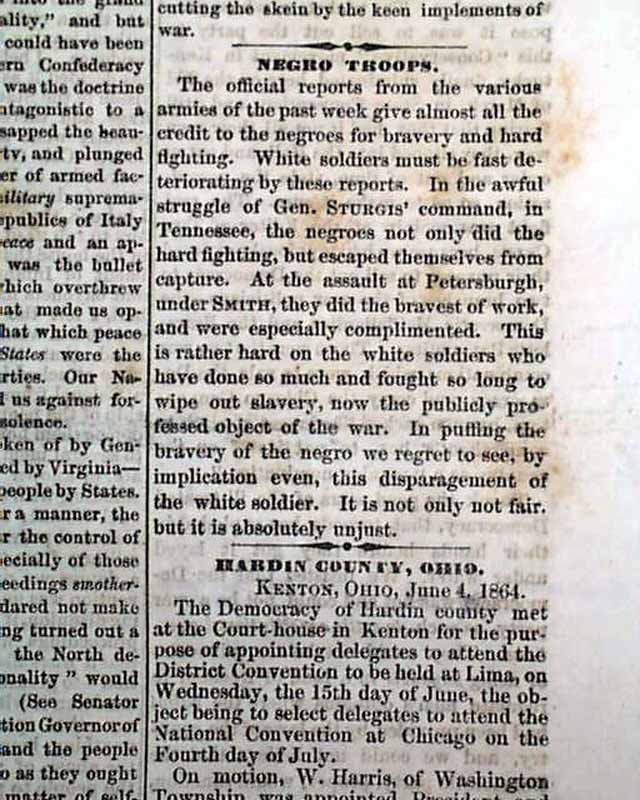 
THE CRISIS, Columbus, Ohio, June 22, 1864  Among the articles within are: "President Lincoln in Philadelphia" "Negro Troops" "War News of the Week" "Affairs in Kentucky" "Are You For Peace of War?" and much more.
Eight pages, never bound nor trimmed so it folds out to one large sheet, good condition.