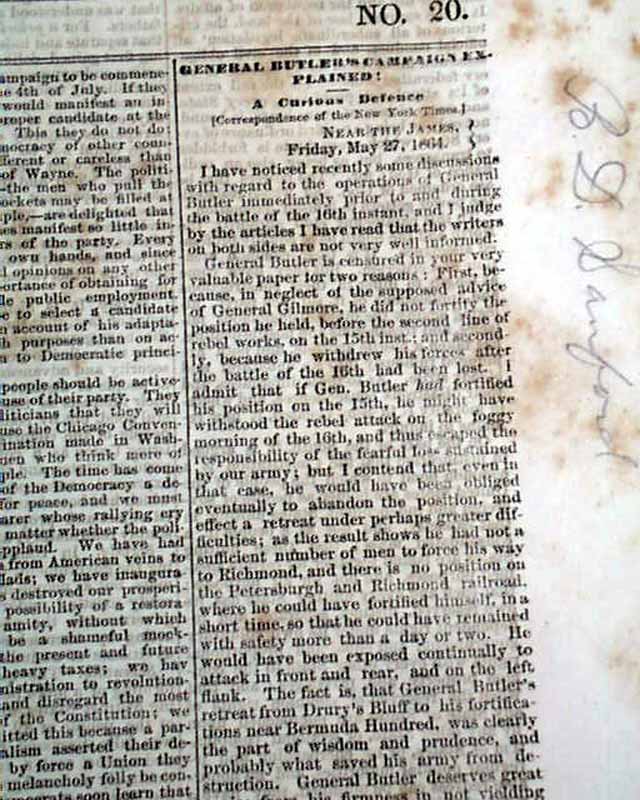 Among the articles within are: "General Butler's Campaign Explained" "Fighting on Wednesday--The Rebs Get the Worst of It" "Arrest of Col. Medary" who is the editor of this newspaper. It mentions: "...The cause of his arrest is not stated--indeed the public are not favored with reasons in these arbitrary military arrests...".
Also: "The Editor or the N.Y. World to President Lincoln" "War News of the Week" "The Hoax--The Abolition Cloven Foot  Again--Arbitrary Arrests & Lincolnism Extraordinary" "The Lincoln Government Succumbs..." "The Woman's Covenant" and much more.
Eight pages, never bound nor trimmed so it folds out to one large sheet, foxing and minor spine wear. Good condition.