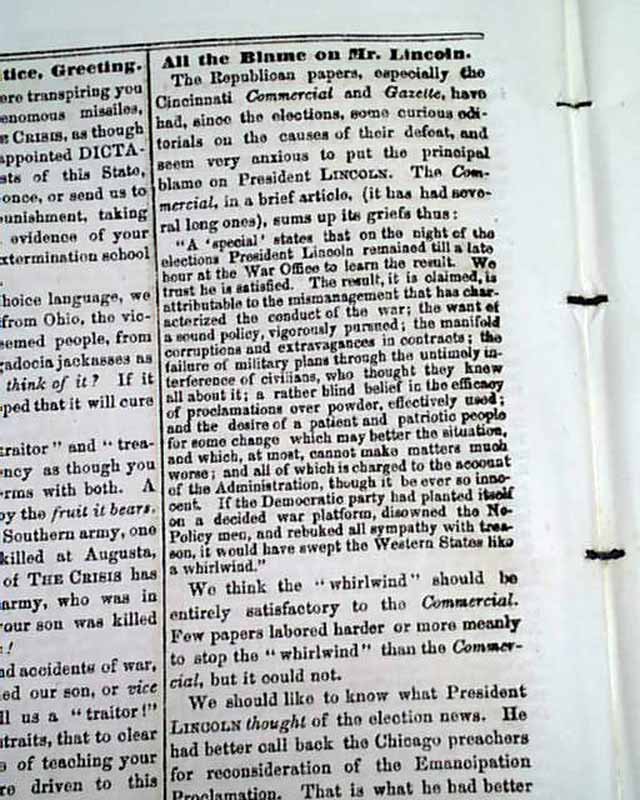 
THE CRISIS, Columbus, Ohio, Oct. 22, 1862  Among the articles are: "Negro Colonization" "Where Are We Drifting?" "All the Blame on Mr. Lincoln" "Negroes Trying to Get Into Indiana" "The Raid Upon Chambersburg" "The Boston Abolitionists Denying to a White Man Freedom of Speech" "A Degrading Spectacle--White Men Working Negro Help to Save the Union" & so much more.
Eight pages, very nice condition.