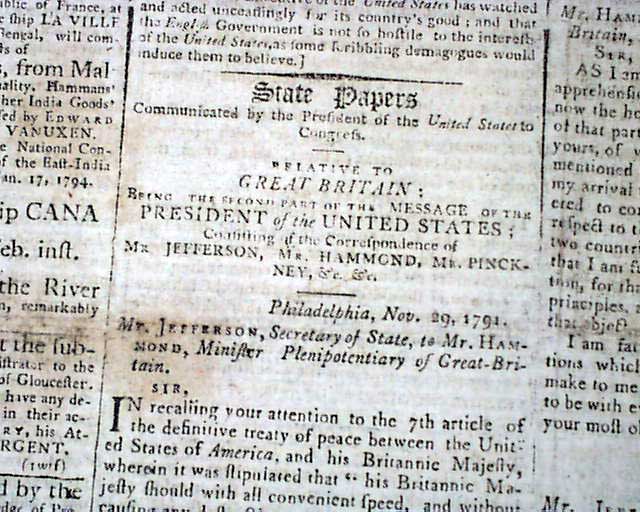 The ftpg. has: "State Papers" which has three letters from Thomas Jefferson as Secretary of State, relating to the controversial Jay Treaty. Each is signed: Th. Jefferson.
Four pages, some foxing, irregular at the blank spine with a small piece missing, good condition.