Home > Back to Search Results > The Confederate Constitution in this pro-South newspaper...
Click image to enlarge 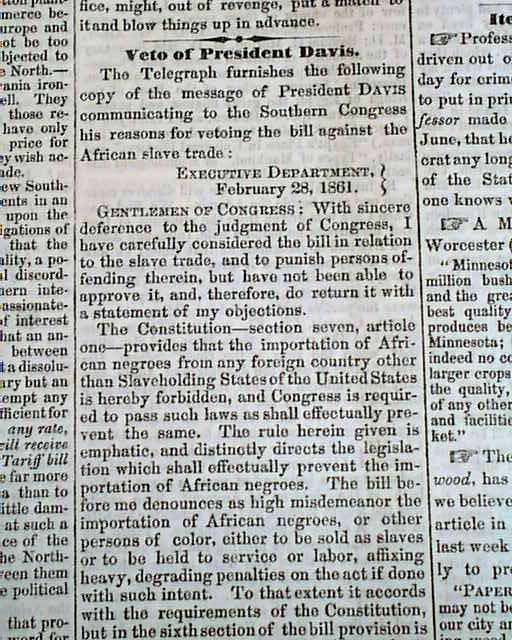 The Confederate Constitution in this pro-South newspaper...

This issue has some nice items from just before the outbreak of the Civil War including ftpg: "Veto of President Davis" "Presidential Appointments" "Sad State of Things at Washington" "The Hour of our Trouble is Upon us in all its Fearful Proportions" "Affairs at Charleston" and other items.
But certainly the most significant item is the complete printing of the: "Constitution of the Confederate States of America" which takes almost all of page 3.  And on page 5 is an editorial titled: "Constitution of the Confederate States of America" which takes over half a column.
Very historic and significant content to have in this unusual pro-South newspaper from the North. Eight pages, a bit of light foxing, nice condition.