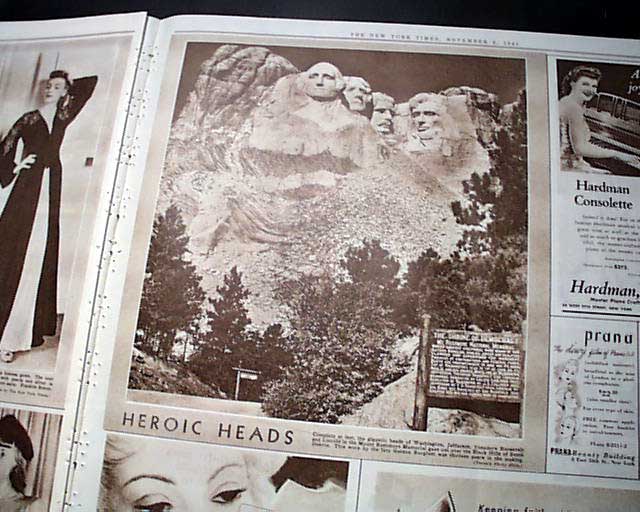 Page 5 of this section has a photo of Mount Rushmore with heading: "HEROIC HEADS" with text that begins with: "Complete at last, the gigantic heads of Washington, Jefferson, Theodore Roosevelt and Lincoln...." (see) The construction ended just 2 days prior of the date of this issue.
Complete rotogravure section only with 6 pages, rag edition in nice condition.

wikipedia notes: Peter Norbeck, the US Senator from South Dakota, sponsored the project and secured federal funding. Construction began in 1927, and the presidents' faces were completed between 1934 and 1939. After Gutzon Borglum died in March 1941, his son Lincoln took over as leader of the construction project. Each president was originally to be depicted from head to waist, but lack of funding forced construction to end on October 31, 1941.