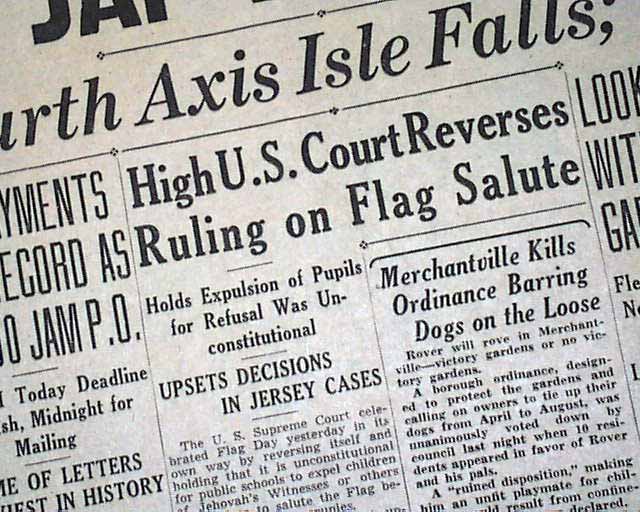 Among the various front page headlines is a 2 line, 2 column head: "High U.S. Court Reverses Ruling on Flag Salute" with subhead: "Holds Expulsion of Pupils for Refusal Was Unconstitutional". This historic ruling stated that reciting the Pledge of Allegiance was not mandatory in schools, driven by a challenge by the Jehovah's Witnesses.
Complete in 20 pages, light toning and a some wear at the margins, generally good.