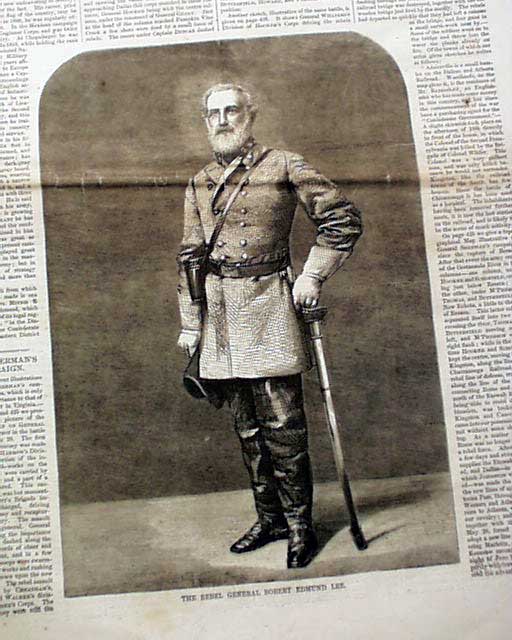 Certainly the prime content in this issue is the very nice front page illustration of: "The Rebel General Robert Edmund Lee" with a short biography on him as well.
Other prints include a fullpg. of 5 scenes in Georgia including Resaca, Woodlands, Kingston & Adairsville. Another page shows: "Fighting Johnny Logan" and "The Late Rev. Gordon Winslow" and a halfpg: "General Sherman's Campaign--General Hooker's Escort Charging Through the Woods".
Great & displayable doublepage centerfold is captioned: 'Gen. Sherman's Campaign--The Rebel Assault On Logan's Position In the Battle At Dallas'. A full page has 3 prints: "General Sherman's Campaign--General Williams's Division of Hooker's Corps Leaving the Rebels Through the Woods" and "a nice full-figure print of: "The Escaped Slave in the Union Army" and also: "The Escaped Slave".
Another full page has 2 view of: "General Grant's Campaign" showing naval scenes on the James River.
The back page has a cartoon: "That's What's the Trouble with John C."
Sixteen pages, never bound nor trimmed, some wear at the margins and a bit at the central fold. 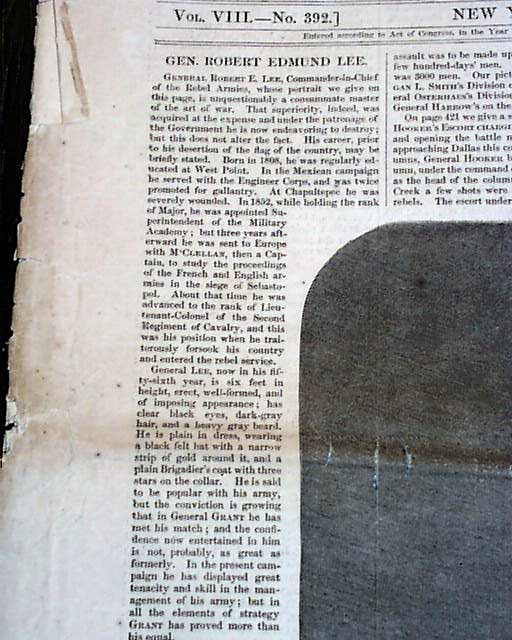 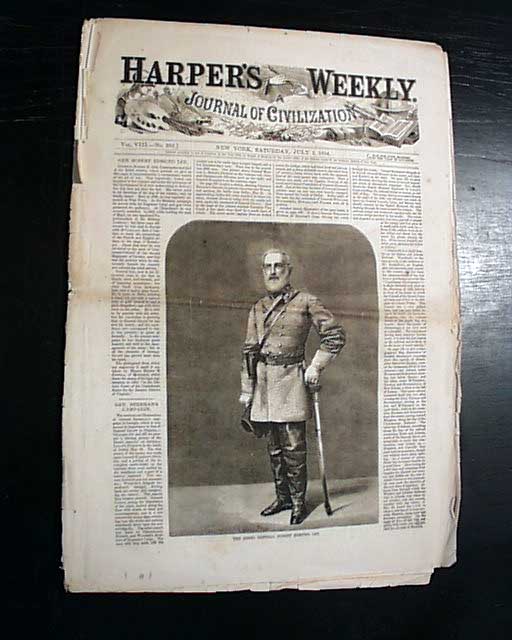 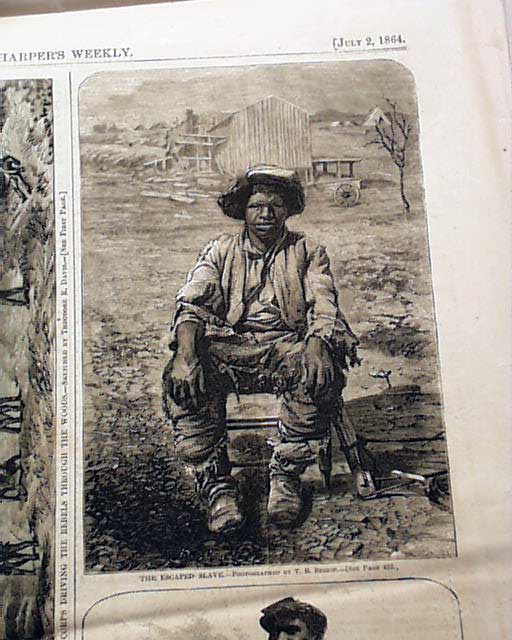 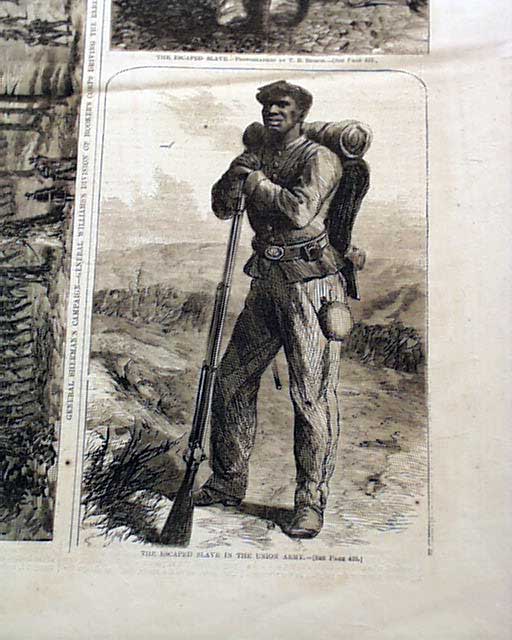 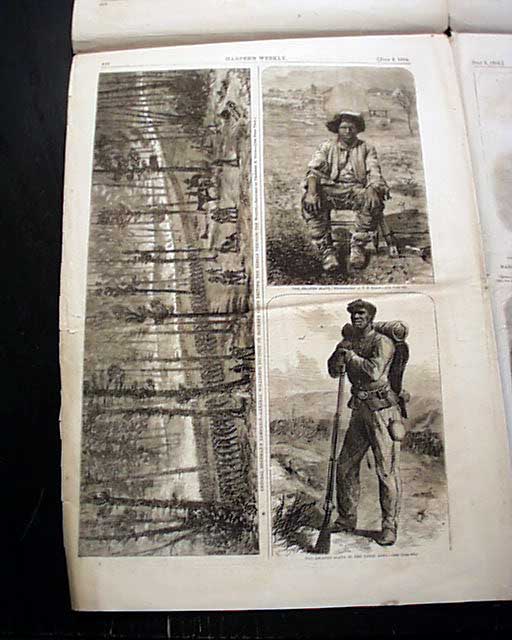 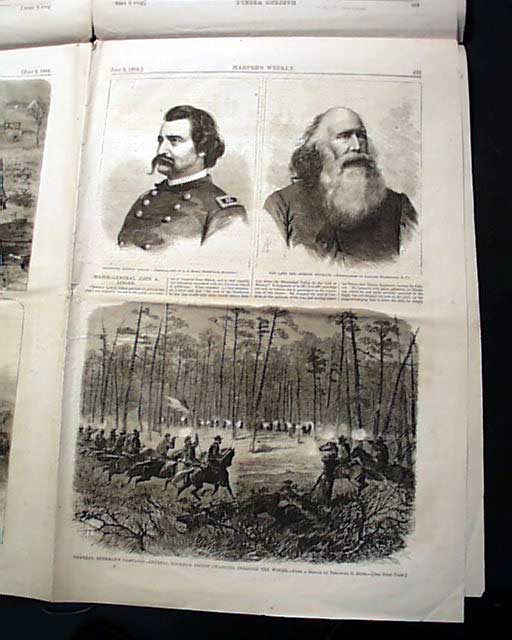 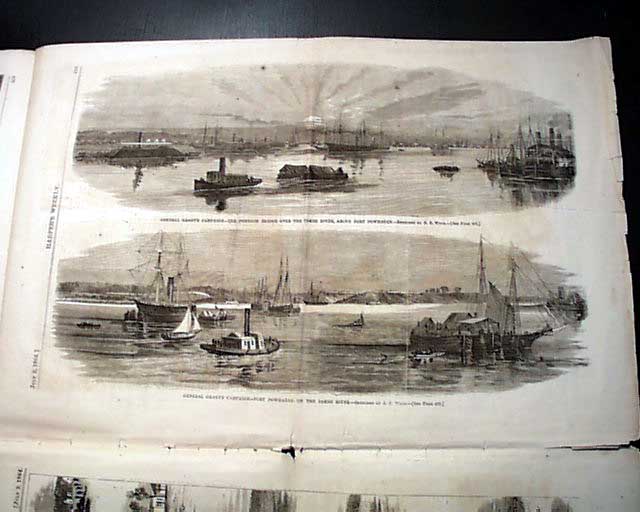 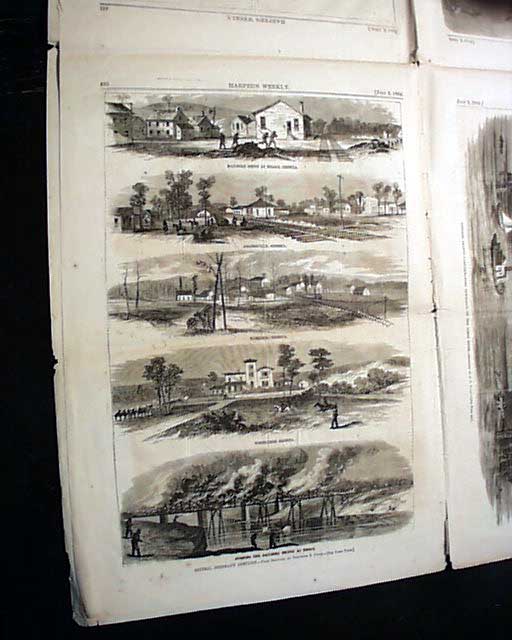 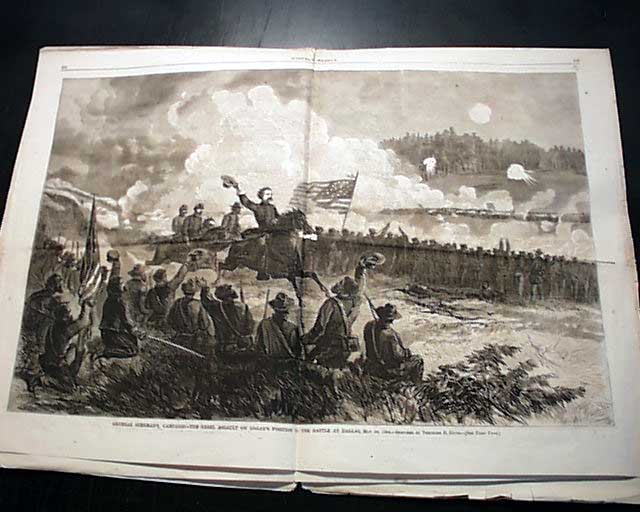