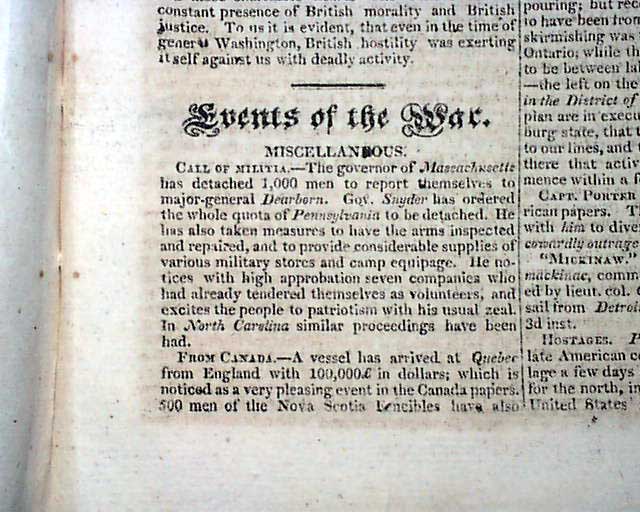 Five pages of reports fall under the heading: "Events of the War" with subheads & reports including: "Hear the Enemy" "Call of Militia" "From Canada" "Hostages" "The Battle of Chippewa" "General Brown" "Gen. Izard" "Naval" "General Orders" concerning the British landing on the Niagara frontier; and further details on the: "Battle of Chippewa--British Account" plus: "The enemy in the Chesapeake" and "American Prizes" and more.
Sixteen pages, 6 1/4 by 9 3/4 inches, nice condition.