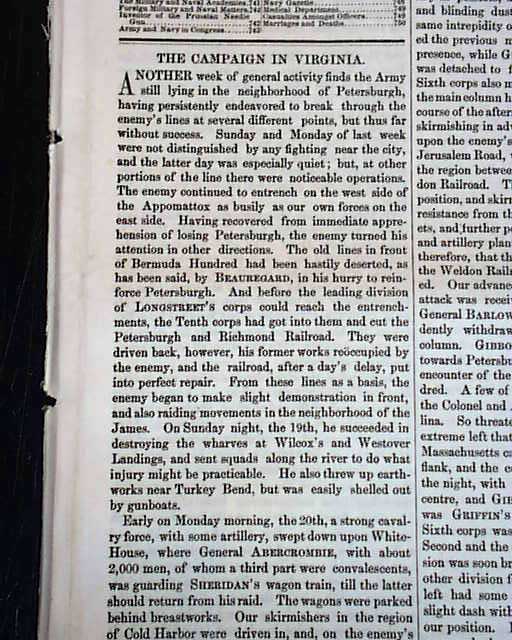 As noted in the masthead this was the: "Gazette of The Regular & Volunteer Forces" and as such is replete with military news of all sorts.
The entire front page is taken up with: "The Campaign In Virginia" carrying over to most of pg. 2. Inside pages contain: "General Sherman's Operations" "Marching Of Troops In Large Bodies" "How to Recruit Our Army" "Negro Troops" "Bills Relating to the Navy" "Speech of Major-General McClellan" and much more.
Sixteen pages, 10 by 14 1/2 inches, very nice condition.