Home > Back to Search Results > Commenting on the Battle of Cold Harbor...
Click image to enlarge 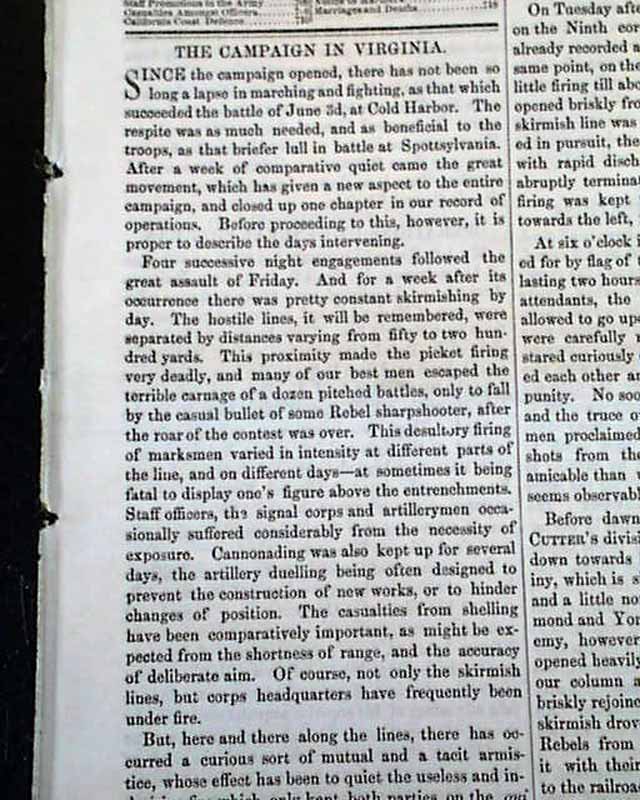 Commenting on the Battle of Cold Harbor...

As noted in the masthead this was the: "Gazette of The Regular & Volunteer Forces" and as such is replete with military news of all sorts.
The ftpg. is entirely taken up with: "The Campaign In Virginia" which has much concerning the battle of Cold Harbor.
Other reports inside area headed: "General Hunter's Operations" "Operations of General Sherman" "Torpedo Attack on the Memphis" "Army & Navy In Congress" "South of the James" "Various Naval Matters" & more.
Sixteen pages, 10 by 14 1/3 inches, nice eagle in the masthead, nice condition.