Home > Back to Search Results > The Indian campaign in New Mexico....
Click image to enlarge 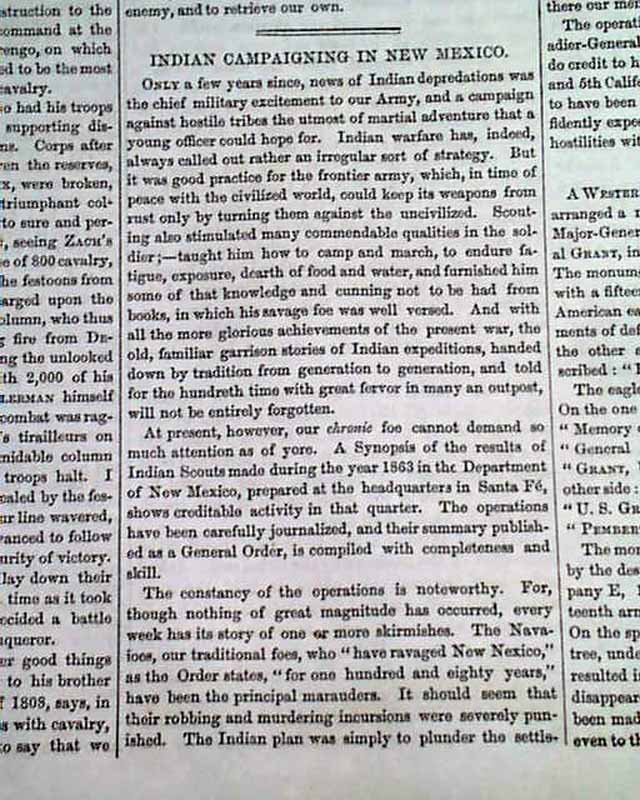 The Indian campaign in New Mexico....


ARMY & NAVY JOURNAL, New York, April. 30, 1864  As noted in the masthead this was the: "Gazette of The Regular & Volunteer Forces" and as such is replete with military news of all sorts.
Most of the ftpg. is taken up with various reports from several theaters of the war. Among the various reports on the inside pages are: "Cavalry Achievements" "Indian Campaigning in New Mexico" "The Iron-Clad Question" "Suggestions to Regimental Officers" "Army & Navy Personal" "The New Military Policy" & much more. Also included is a lengthy list of: "Appointments by the President"
Sixteen pages, 10 by 14 1/2 inches, nice eagle in the masthead, nice condition.