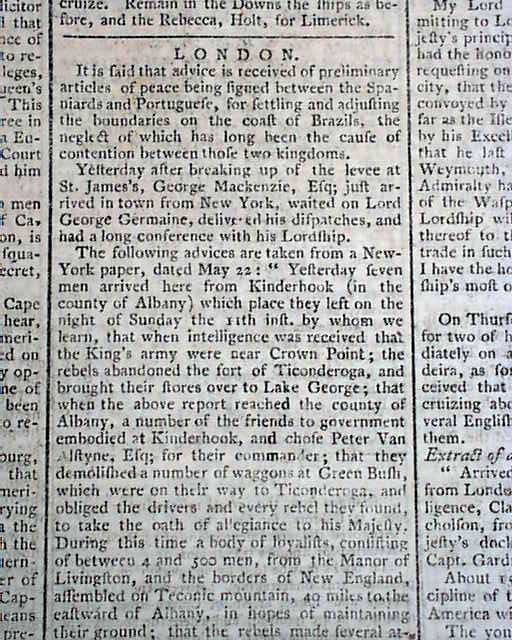 Inside pages have some content on the Revolutionary War, including items containing: "...the King's arm were near Crown Point; the rebels abandoned the Fort of Ticonderoga & brought their stores over the Lake George...every rebel they found obliged the drivers & every rebel they found to take the oath of allegiance to his Majesty...rebels found the loyalists had abandoned the mountain..." with more.
A back page report from Hartford includes: "Gov. Tryon having collected a gang of starved wretches from among the British troops & tories, came over from Long Island..." with more.
Eight pages, 8 1/4 by 11 1/4 inches, very nice condition.