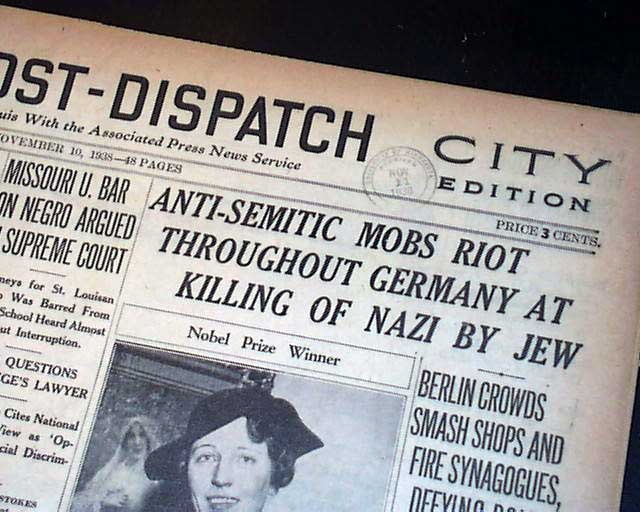 On the eve of Armistice Day, Kate Smith sings Irving Berlin's God Bless America for the first time on her weekly radio show while the papers report the news of what was to become known as Kristallnacht, the "night of broken glass".  Nazi troops and sympathizers loot and burn Jewish businesses - the beginning of the horrific Holocaust.
This issue contains on the front page the first report on this infamous event with a three column headline: "ANTI-SEMITIC MOBS RIOT THROUGHOUT GERMANY AT KILLING OF NAZI BY JEW" & subheads that include: "BERLIN CROWDS SMASH SHOPS AND FIRE SYNAGOGUES, DEFYING POLICE" and more. First report coverage continues inside.
Complete with all 40+ pages, small library stamp within masthead, small binding holes and a little wear along the spine, generally very nice.