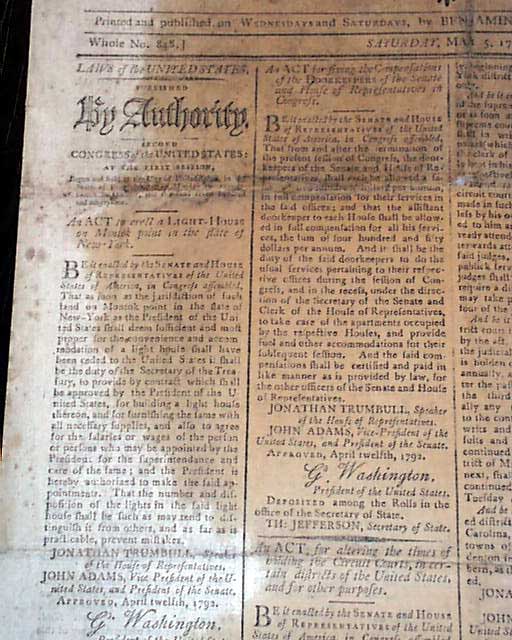 On the front page under "Laws of the United States" are four "Acts" each signed in script type: Go. Washington. Each act is also signed in type: Jonathan Trumbull, John Adams & TH: Jefferson.
One of the acts was for erecting "...a Light-House on Montauk Point in the State of New York..." & another established "...the Compensations of the Doorkeepers of the Senate and House of Representatives in Congress...".
Page 2 has a report concerning a statue of Ben Franklin.
Four pages, much staining but no loss of readability, some wear at folds, dirtiness to the top quadrant, untrimmed margins.