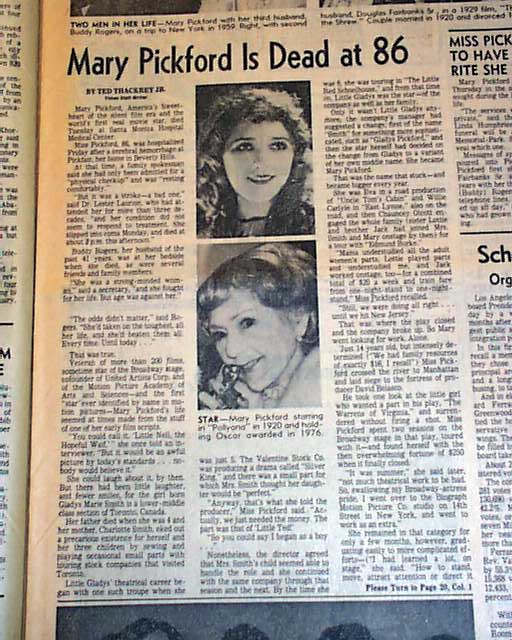 Page 3 has a two column heading: "Mary Pickford IS Dead at 86" which includes four related photos. (see)
Known in her prime as "America's Sweetheart"and the "girl with the curls", Pickford was one of the pioneers in early Hollywood. Pickford was one of the most popular actresses of the 1910s and 1920s, earning the nickname "Queen of the Movies".
Great to have this report not only in a newspaper from the home of the entertainment industry, but from the city where she lived & died.
The complete first section with pages 1-30, very nice, clean condition. 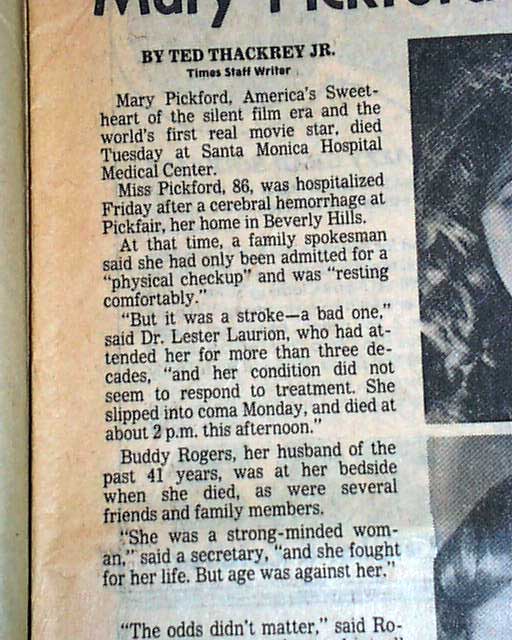 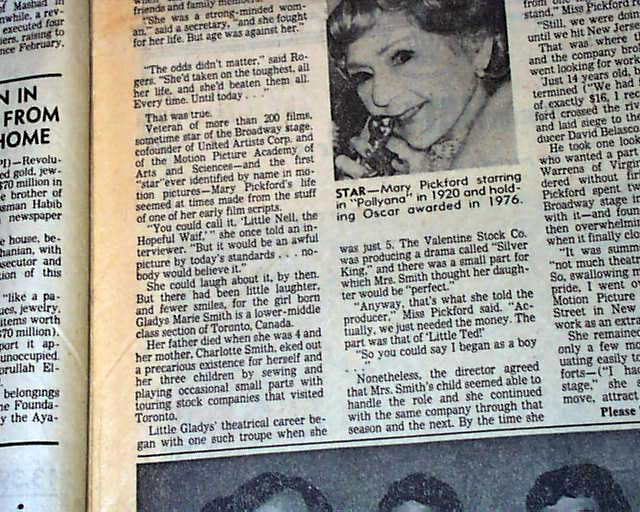 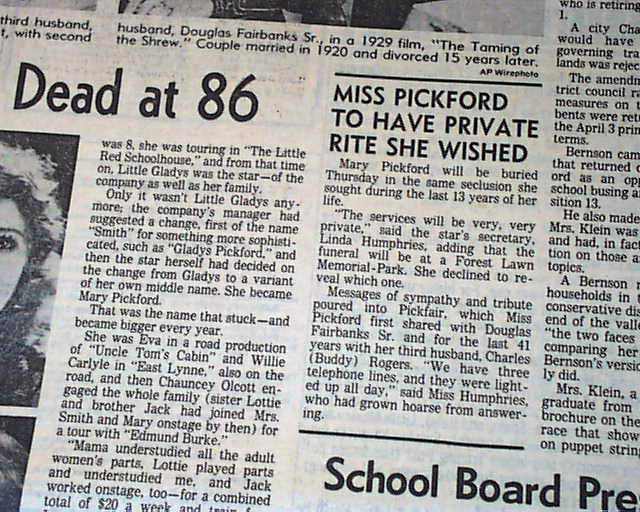 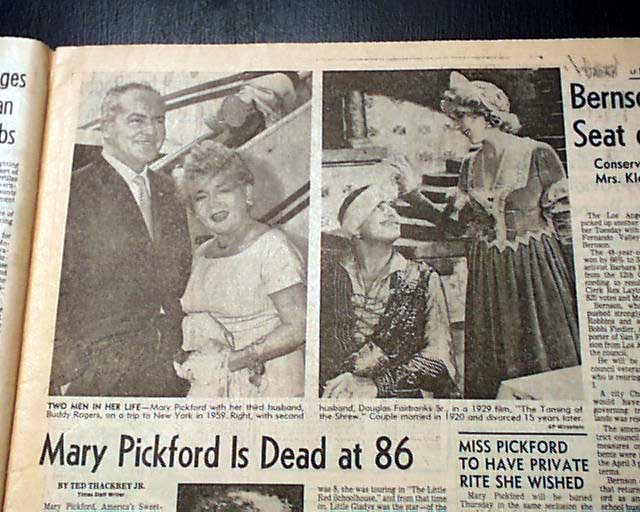 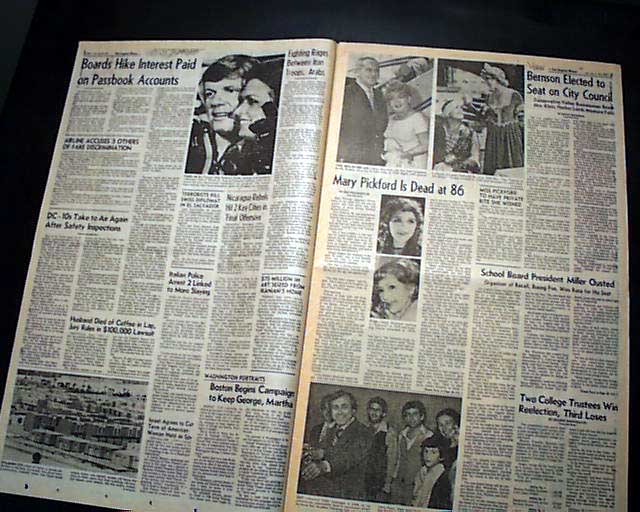 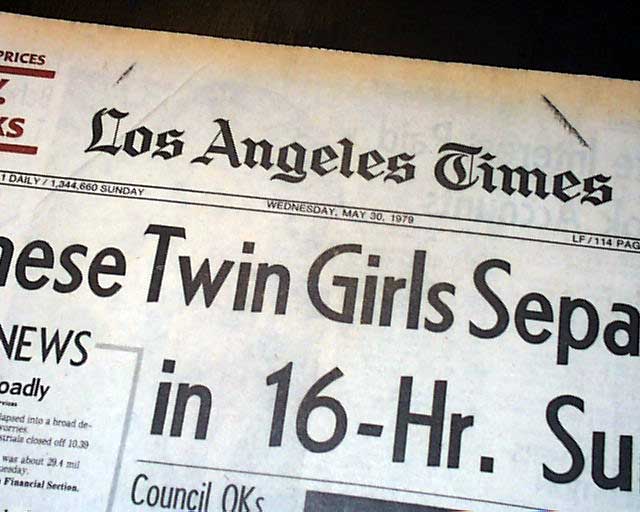 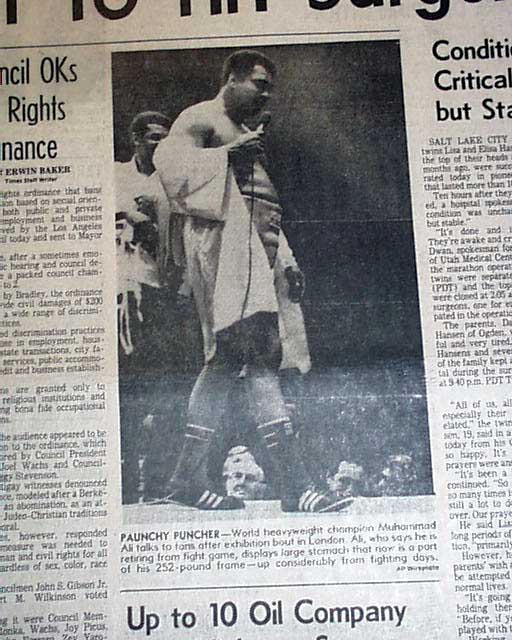 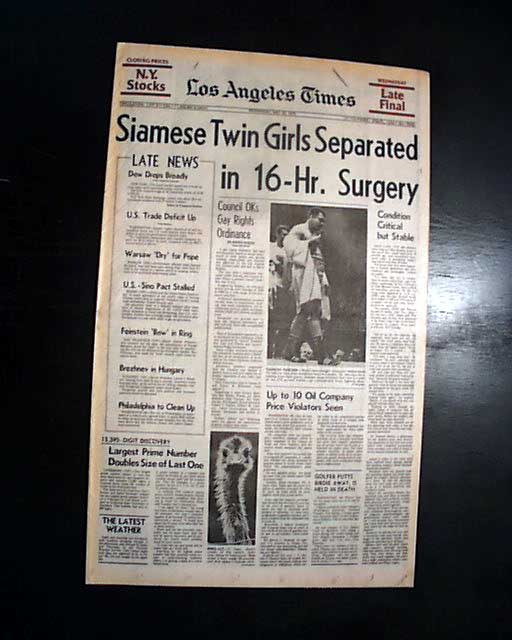