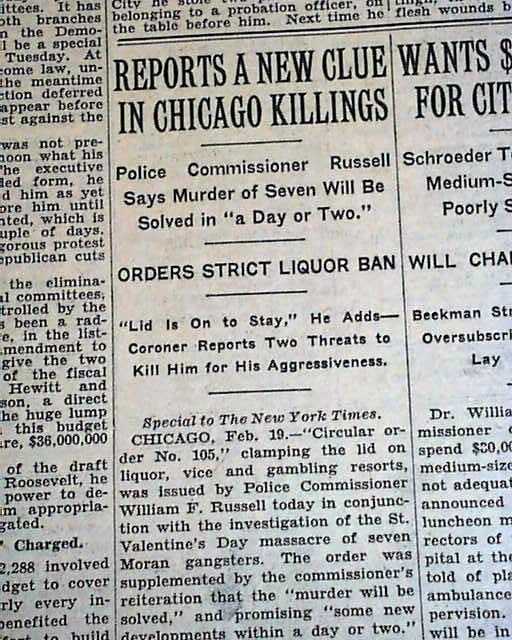 Page 27 has a one column heading:  "REPORTS A NEW CLUE IN CHICAGO KILLINGS" with subheads: "Police Commissioner Russell Says Murder of Seven Will Be Solved in 'a Day or Two'" "Orders Strict Liquor Ban" and more. (see) Original reporting on what is probably the most historic event in American gangster history. Nice to have in this famous New York City title.
Other news, sports and advertisements of the day. Complete with all 52 pages, light toning and minor wear at the margins, some small binding slits along the spine, generally nice.