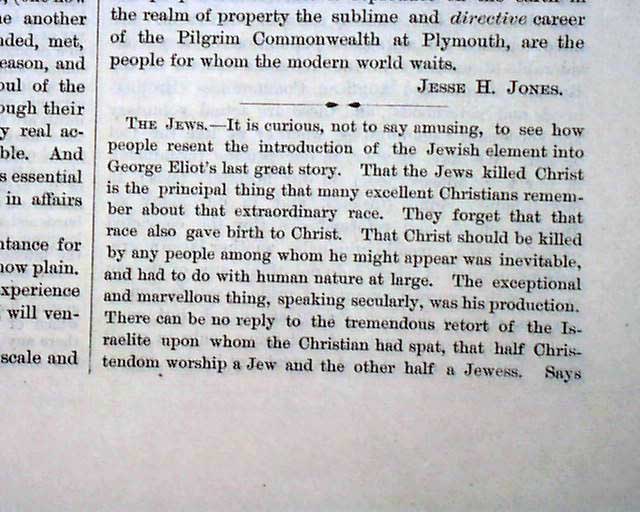 * Capture of Sitting Bull's Camp
* Much regarding the Jews

Inside this issue is a small but historic article on the discovery and capture of the Indian camp headed by Chief Sitting Bull.
Also within are two articles of Judaic interest: one describing the return of multitudes of Jews to their homeland in Palestine, and the other a challenge to Christians to view the Jews in a positive light.
The former article includes in part, "That the Jews killed Christ is the principle thing many excellent Christians remember about that [Jewish] extraordinary race. They forget that the race also gave birth to Christ. That Christ should be killed by any people among whom he might appear was inevitable, and had to do with human nature at large...".
A small size newspaper from the famous Oneida Community in New York, an early "commune" in experimental living. Various religiously-themed content but a bit of reporting of news of the day as well. Eight pages in nice condition.