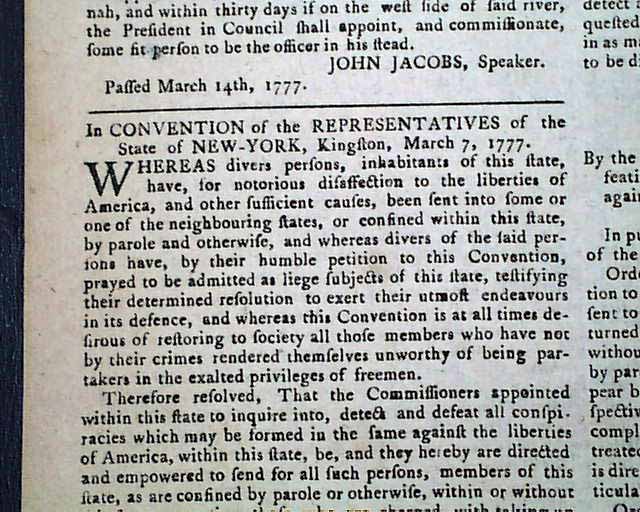 American broadside with the King's an...