Home > Back to Search Results > Changing the American Flag in 1818...
Click image to enlarge 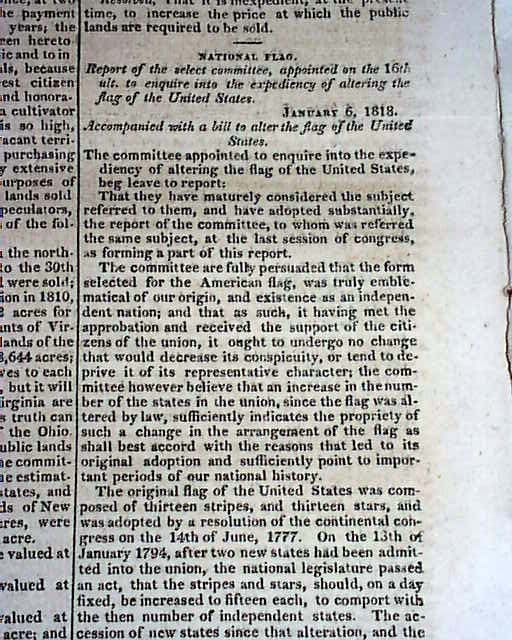 
NILES' WEEKLY REGISTER, Baltimore, Jan. 24, 1818
Featured in this issue is report on the talks re: changing the American flag.
News of the day from through both the United States and the world is found throughout.
Complete in 16 page, nice condition. See images for details.