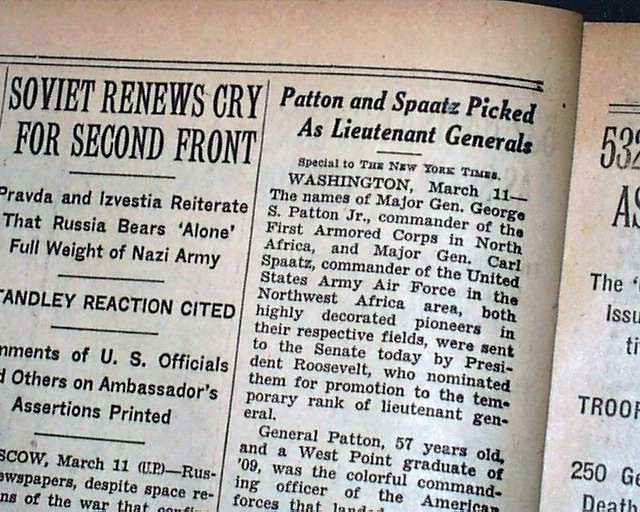 The top of page 4 has a small one column heading: "Patton and Spaatz Picked As Lieutenant General" 1st report coverage on famous World War II hero, George S. Patton, being promoted to Lieutenant General. Unfortunate for the small, inside page report here, but still a first report. He didn't become a household name until the "Battle of the Bulge" the following year, maybe the reason for the somewhat discrete report here.
Other news, sports and advertisements of the day with much more World War II. Complete in 34 pages, light toning at the margins, nice condition.