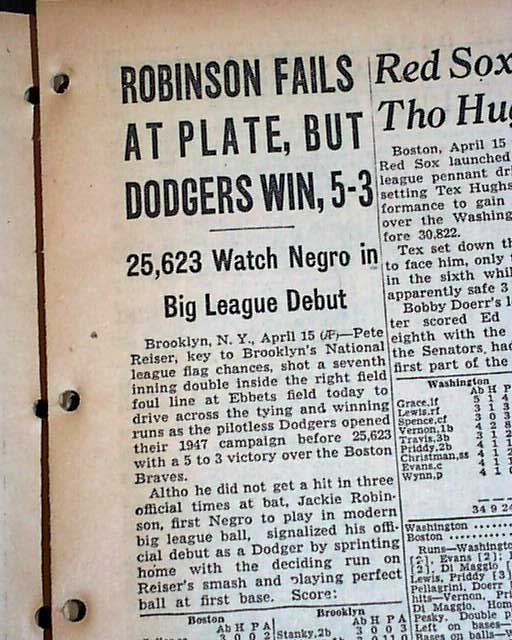 The sports page has a report on the Jackie Robinson's debut in the Major League regular season. He had made a public debut game on April 11th, however that was a pre-season game.
The top of page 33 has a one column heading: "ROBINSON FAILS AT PLATE, BUT DODGERS WIN, 5-3" with subhead: "25,623 Watch Negro in Big League Debut" and box scores. See image for text here. HISTORIC !
Forty-six pages, light toning and a little wear at the margins, large archival mend on page 2, small binding holes along the spine, two small library stamps on the ftpg, residue along the spine from disbinding. The front leaf (pages 1&2) is really the only leaf with condition problems, otherwise good.