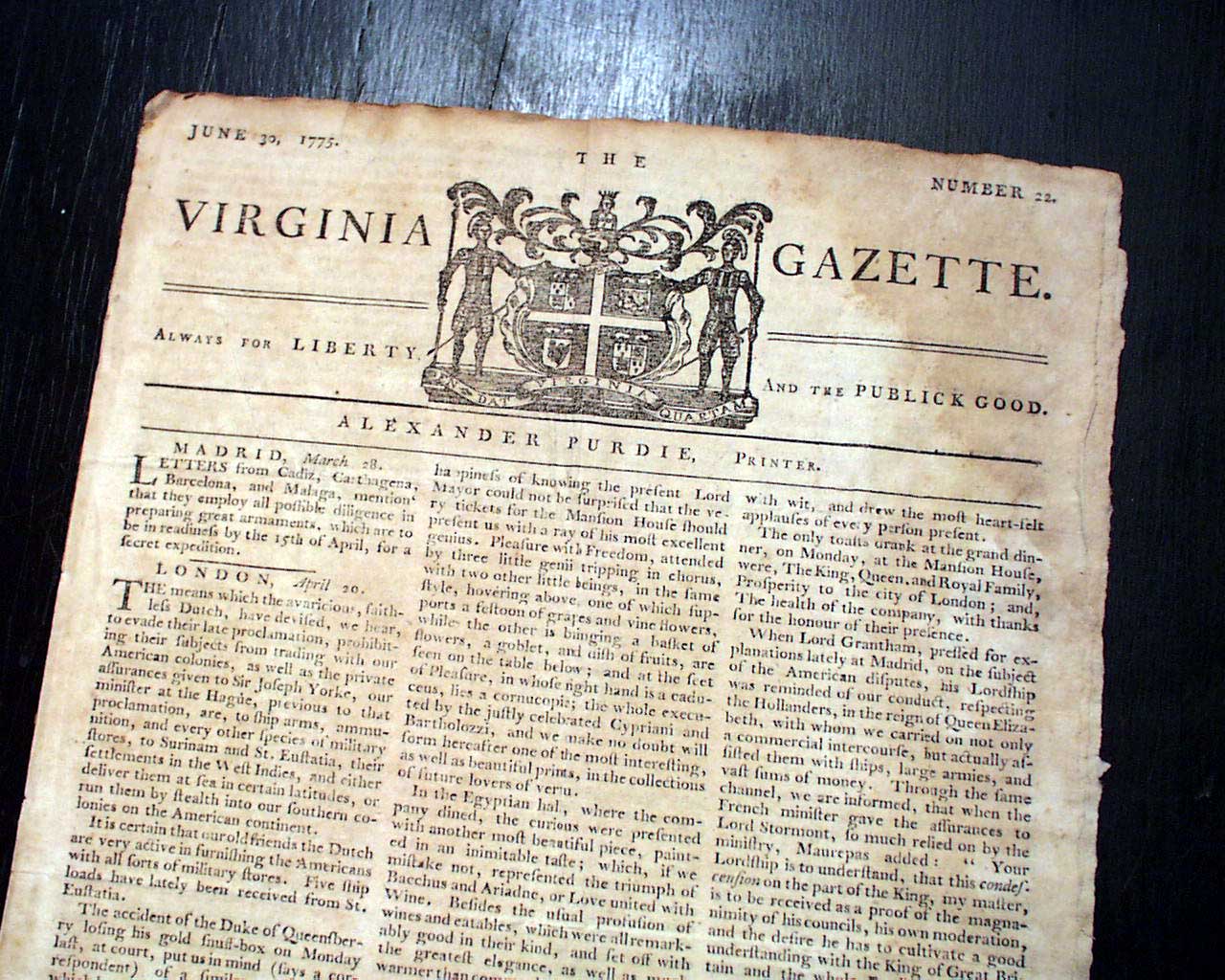 This newspaper was published by Alexander Purdie, a distinction to be made since there were three newspapers of this title printed in Williamsburg during the early period of the Revolutionary War.
Most of the ftpg. is consumed with a report headed "London" which has several references to the situation in America, but is mostly focused on European concerns. This reporting carries over to take much of page 2.
Page 3 has a report mentioning: "...that Sir Jeffery Amherst had said that with 5000 English regulars he would engage to march from one end to the other of the continent of North America...Col. Washington, who was present, declared, that with 1000 Virginians he would engage to stop Sir Jeffery Amherst's march...is the fashion at St. James's to despise the Americans, to call them cowards, poltroons, etc. & to resolution seems to be taken to put their courage to the proof..." with more.
Much of pages 3 and 4 are taken up with ads and notices including runaway reward ads.
Included with this issue is the single sheet "Supplement". At the top of the ftpg. is a letter from Cambridge which reports on the Battle of Chelsea Creek (see the photos).
The ftpg. also has some reports from the House of Burgesses which takes over a full column.
Complete in 6 pages with the Supplement, never-trimmed margins, a handsome coat-of-arms engraving in the masthead, some foxing but mainly to page 4 and the Supplement issue, a few stray ink marks.