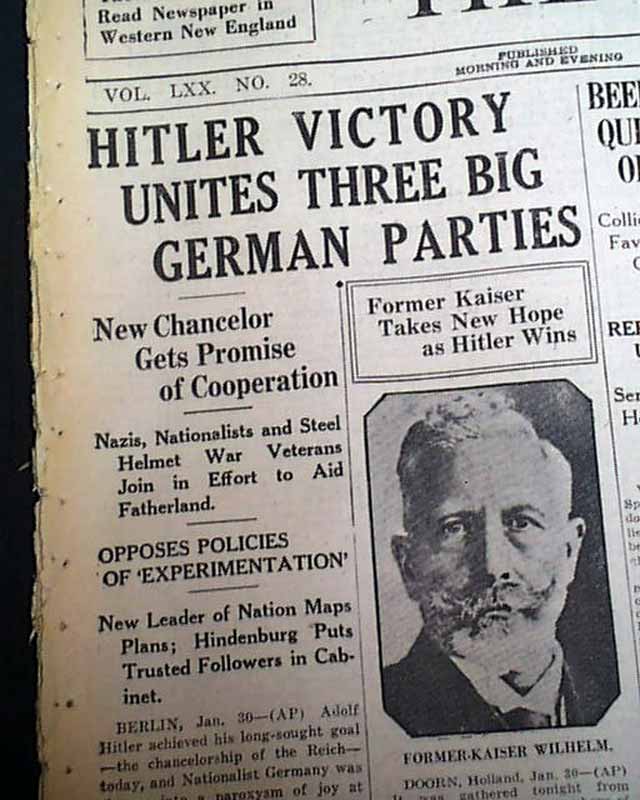 The top of the front page has a two column headline: "HITLER VICTORY UNITES THREE BIG GERMAN PARTIES" with subheads. (see) First report coverage on Adolph Hitler becoming the new chancellor of Germany. This was a giant stepping stone to his eventual dictatorship and the cornerstone of the Jewish Holocaust.
Complete with all 18 pages, light toning and minor wear at the margins, generally nice.