Home > Back to Search Results > Nice reports on the Battle of Bull Run...
Click image to enlarge 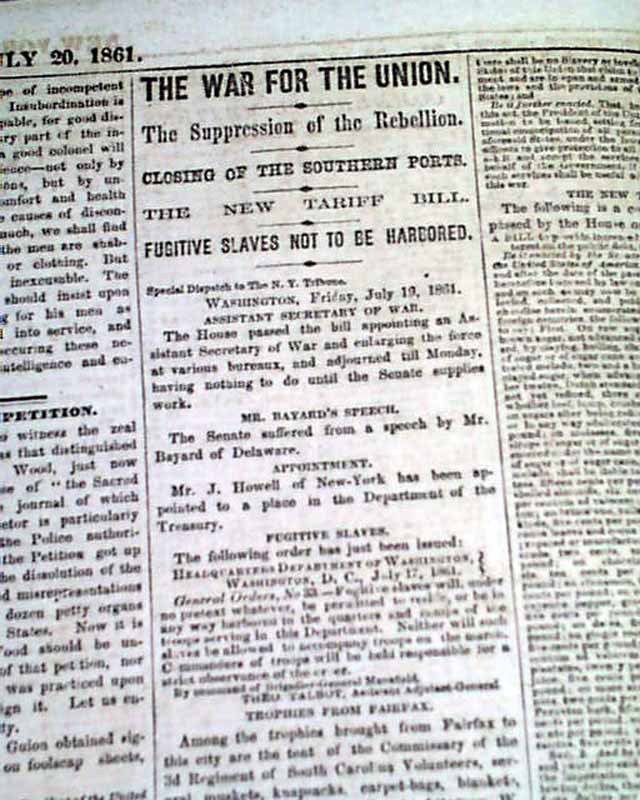 Nice reports on the Battle of Bull Run...

The front page is filled with advertisements. Page 5 has some nice column heads--and a wealth of text--on this historic Battle of Bull Run: "The Engagement at Bull's Run" "Gallant Conduct of Our Troops" "Details of the Contest" "No Decisive Result" "Names of Killed & Wounded" 'Our Loss Very Small" and more.
Much other war-related content including: "The War For The Union" "The Suppression of the Rebellion" "Fugitive Slaves Not to be Harbored" "From Gen. McClellan's Column" "Another Victory" "Kentuckians Against Virginians" "The Virginians Put on the Run Again" with more.
Eight pages, slightly irregular at the blank spine, very nice condition.