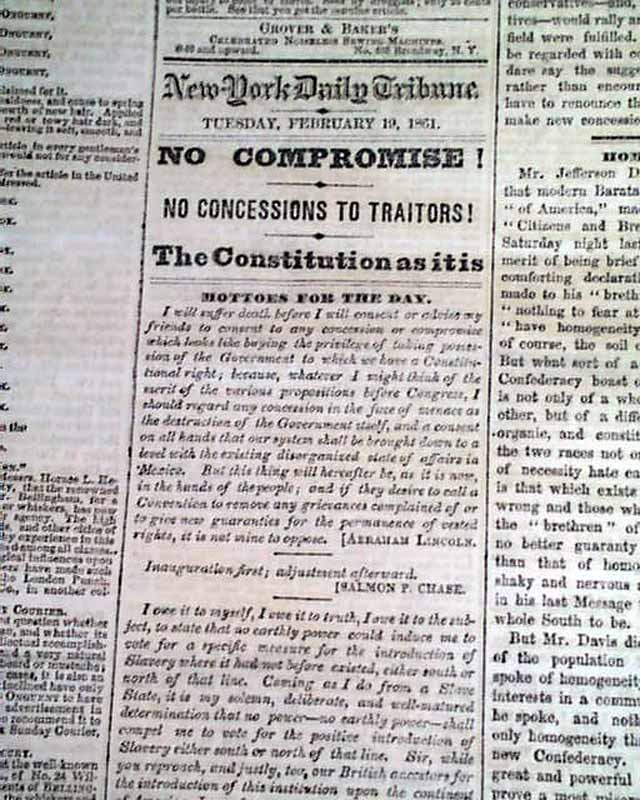 Page 5 has column heads with continued & detailed coverage of Lincoln's trip from his home to the nation's capital: "The President Elect En Route" "The Receptions In This State" "Enthusiasm Of The People" "His Arrival In Albany" "Immense Turnout" "The Speeches" "The Reception In this City" and more..
But perhaps the most notable content is on the back page with: "Inauguration of Jefferson Davis" datelines from Montgomery, Feb. 18. The report has the text of his inaugural address. Also on the bkpg: "Reception of Mr. Lincoln in the Metropolis" "Vice President Hamlin" "Mr. Lincoln's Reception in Philadelphia" and even more on Lincoln's trip to Washington.
Eight pages, good condition.