Home > Back to Search Results > War battles in Virginia...
Click image to enlarge 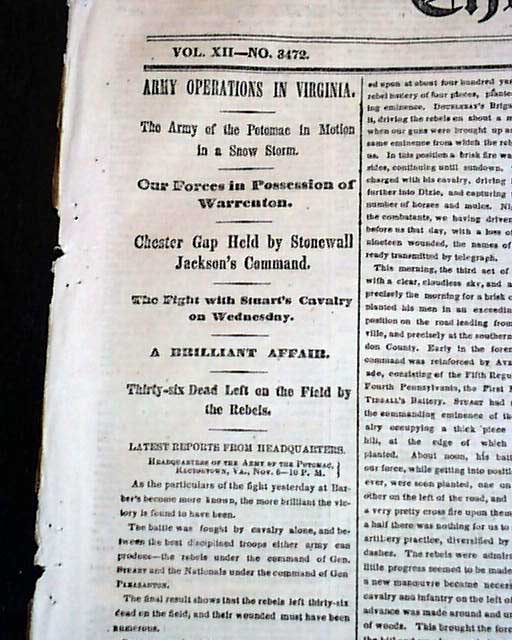 
NEW YORK TIMES, Nov. 8, 1862  Among the ftpg. column heads on the Civil War are: "Army Operations In Virginia" 'The Army of the Potomac in Motion in a Snow Storm" "Our Forces in Possession of Warrenton" "Chester Gap Held by Stonewall Jackson's Command" "The Fight with Stuart's Cavalry on Wednesday" "36 Dead Left on the Field by the Rebels" and more.
Eight pages, very nice condition.