Home > Back to Search Results > Silence is cowardice; neutrality is treason...
Click image to enlarge 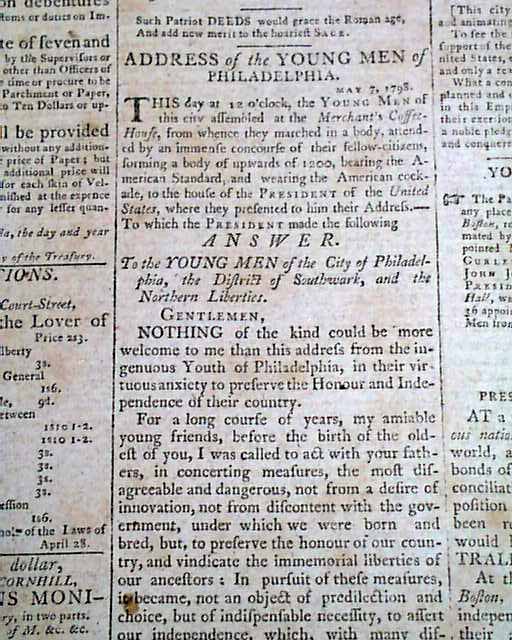 Silence is cowardice; neutrality is treason...


COLUMBIAN CENTINEL, Boston, May 16, 1798  The ftpg. has a lengthy letter being an: "Answer to the Young Men of the City of Philadelphia..." signed in type by the President: John Adams. Also: "The Address - John Adams, President of the United States" by the young men of Boston concerning the potential for war & noting: "...when the most conciliating measures which the pacific disposition of our government has adopted, have been repelled with indignity, SILENCE would become COWARDICE, and NEUTRALITY, TREASON..." with much more.
Slightly irregular at the spine, nice condition. 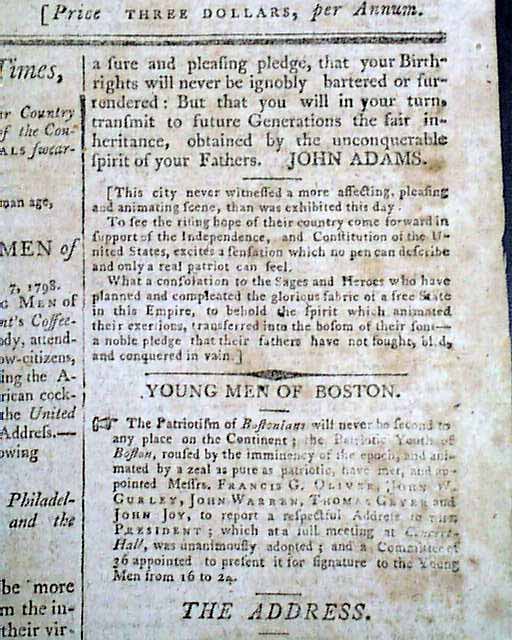 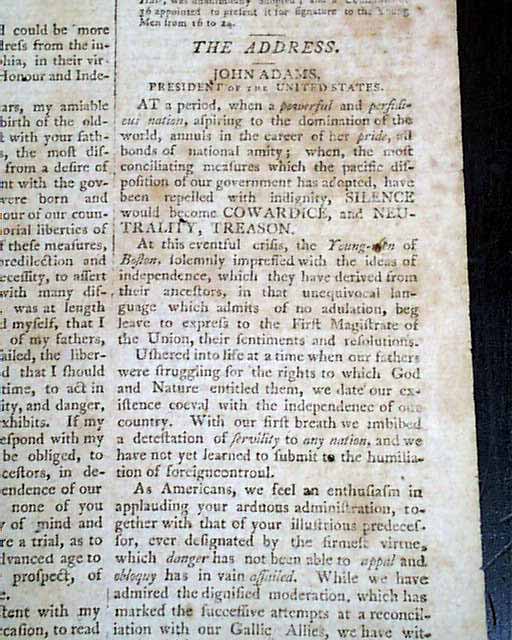 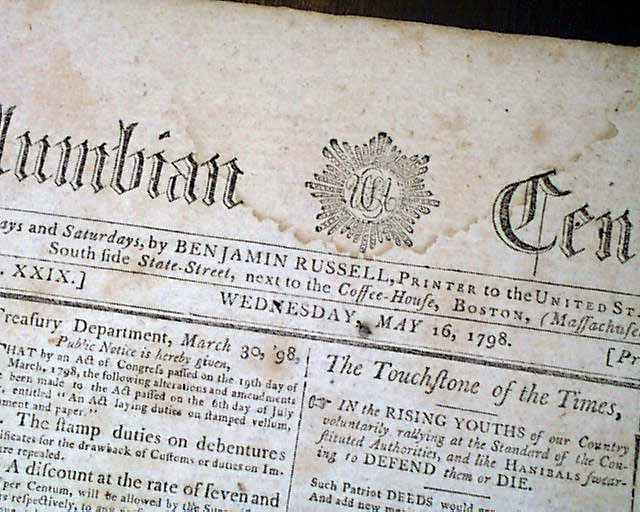 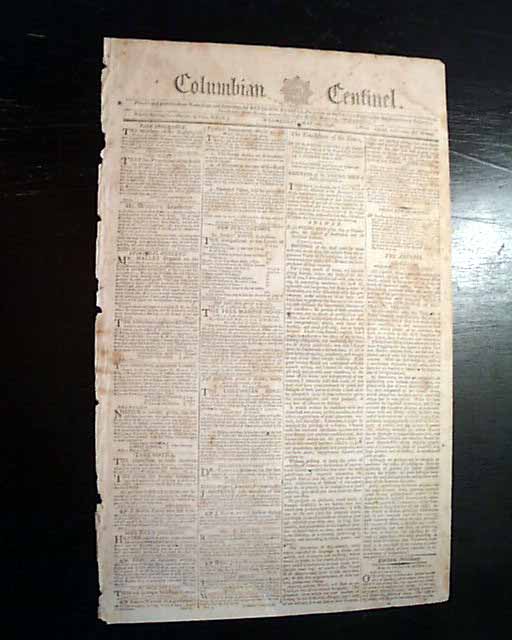 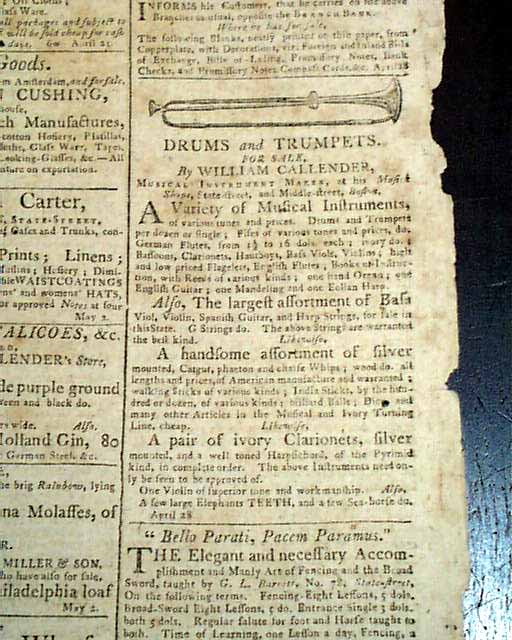