Home > Back to Search Results > Championship baseball... The war on polygamy...
Click image to enlarge 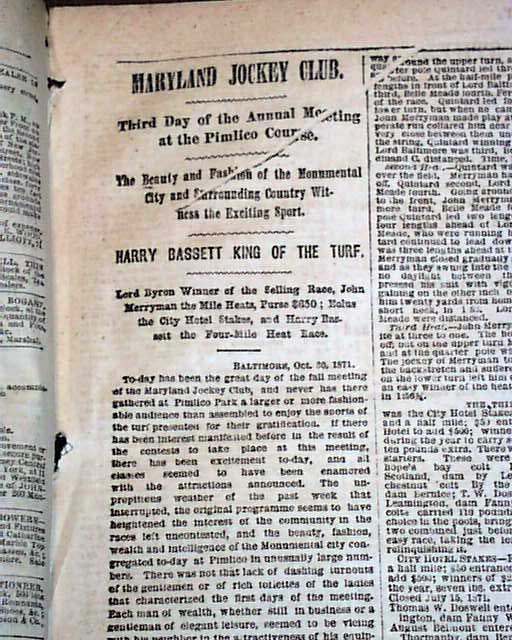 Championship baseball... The war on polygamy...

Page 3 has a report of the championship game of 1871: "The Champion Athletics" "One of the Finest Games of the Season--The Chicagoes Narrowly Escape Being 'Chicagoed'--The Athletics to Fly the Whip Pennant."
The report begins with some preliminary details, including the fact that White Stockings wore an array of uniforms due to the loss of all their equipment in the famous Chicago Fire: "The Chicago club, it will be remembered, lost everything but their lives in the late fire, and the appearance they made yesterday in their suits of various hues and make was ludicrous in the extreme."
Note also the fine Mormon reporting with: "THE WAR ON POLYGAMY" "The Great Work of Reformation Fairly Begun" "Government Backing Up the Judiciary" "Troops the Best Missionaries" "Brigham Young on His Way to the South".
Twelve pages, a small classified ad clipped from the front and back leaves, otherwise very nice condition.