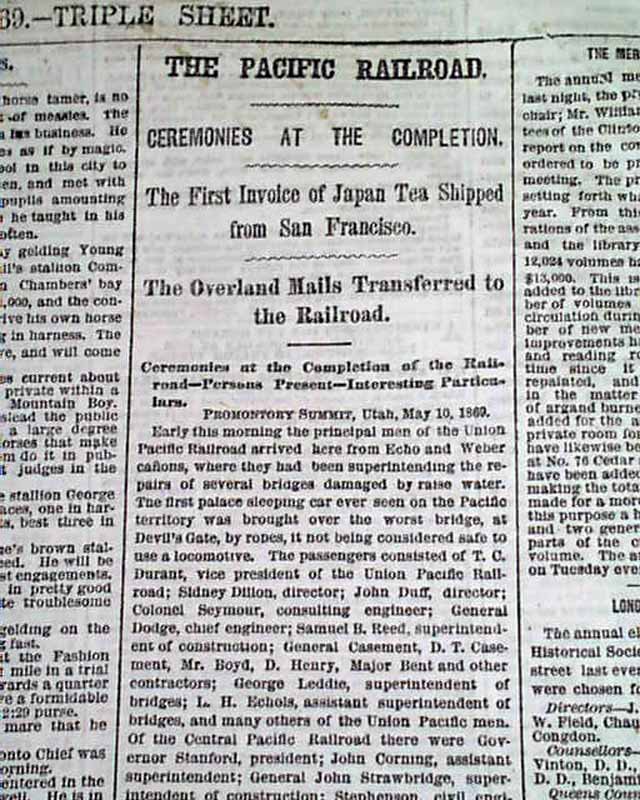 Page 7 has very nice reporting on the historic joining of the Central Pacific and Union Pacific Railroads at Promontory Point, Utah, with the ceremonies of the driving in of the final, golden spike signifying the completion of joining the East & West.
The headlines include: "THE PACIFIC RAILROAD" "Ceremonies At The Completion" "The First Invoice of Japan Tea Shipped from San Francisco" "The Overland Mails Transferred to the Railroad".
This reporting takes about three-quarters of a column and contains much detail, with the entire text seen in the photos below. A portion includes: "...presented a silver sledge hammer in the name of the Pacific Union Express Company. Gov. Stanford received it...signal was given & the President of the Central and Vice President of the Union drove home the last spikes...that courage, patience and skill had achieved what was a few years ago laughed at as the dream of enthusiasts..." with more.
Twelve pages, very nice condition.