Home > Back to Search Results > A letter from Ben Franklin...
Click image to enlarge 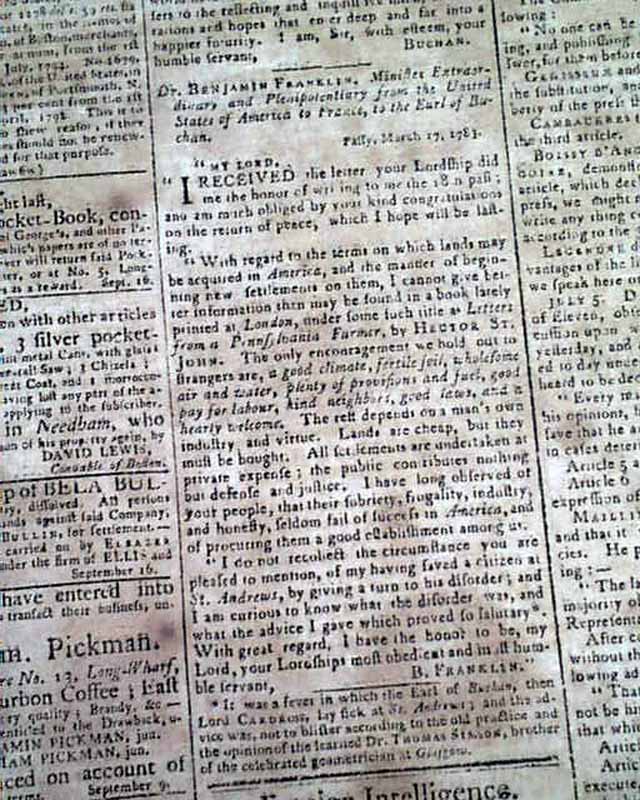 A letter from Ben Franklin...


COLUMBIAN CENTINEL, Boston, Sept. 23, 1795  The front page has a letter written by Ben Franklin when in Paris in 1783. It relates to the terms by which land can be acquired in America, at a time when the treaty ending the Revolutionary War was being negotiated. It is signed in type: B. Franklin.
Four pages, foxing, loss at the right margin causes some text loss to ads on the back leaf.