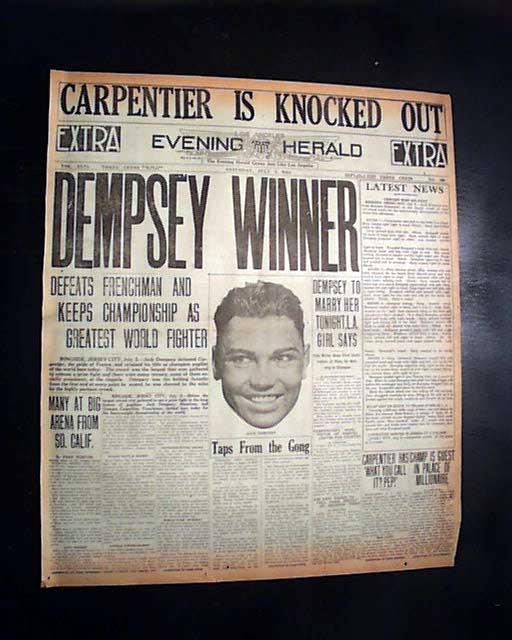 The front page has a great headline in large lettering: "DEMPSEY WINNER" with a banner heading above the masthead: "CAPPENTIER IS KNOCKED OUT" with various subheads and photo of Dempsey's head. (see)
Front leaf only (pages 1 & 2), light toning and minor wear at the margins, nice for display as such.