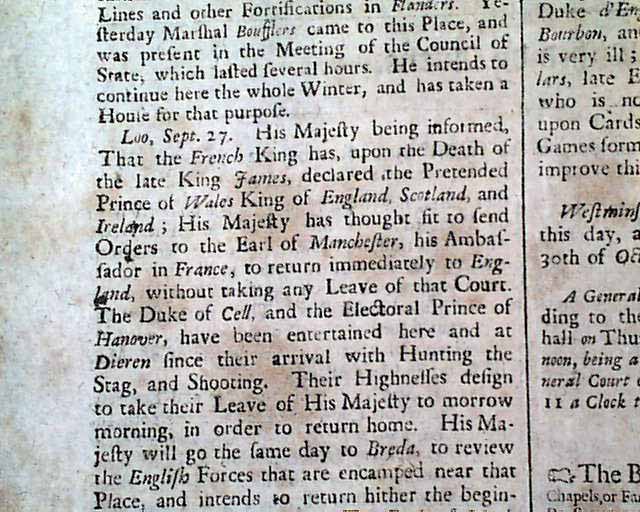 Acknowledging the recent death of King James II (in Paris on Sept. 16), page 2 has  report from "Loo" in England: "His Majesty being informed that the French King has, upon the death of the late King James, declared the pretended  Prince of Wales King of England, Scotland, and Ireland; his Majesty has though fit to send orders to the Earl of Manchester, his ambassador in France, to return immediately to England without taking any leave of that court."
King James II, the last Catholic monarch of England, was deposed in the Glorious Revolution of 1688 and spent the rest of his life in exile in France, under the protection of King Louis XIV.
Single sheet, 7 by 11 1/2 inches, foxing, nice condition.