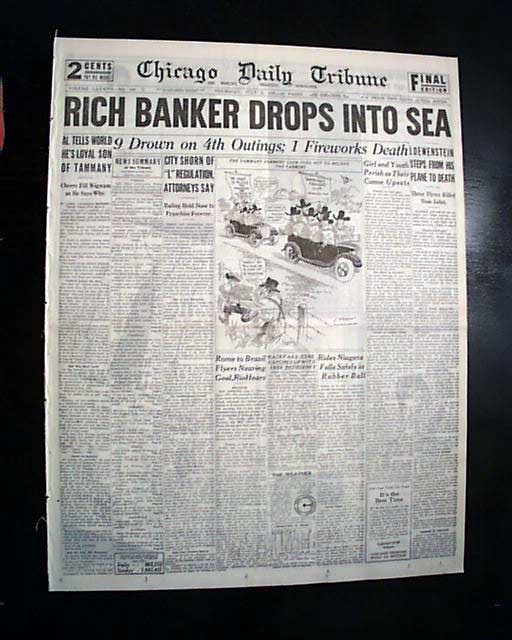 The front page has a great banner headline: "RICH BANKER DROPS INTO SEA" with subheads. (see) Nice for display. Photo of Loewenstein is on the back page. Always nice to have notable events in history reported in this World famous publication.
Complete with all 44 pages, this is the "rag edition" printed on very high quality newsprint meant for institutional holdings. In great condition as such.

wikipedia notes: On the evening of 4 July 1928, Loewenstein left from Croydon to fly to Brussels on his private aircraft, a Fokker F.VII trimotor, along with six other people. While the aircraft was crossing the English Channel at an altitude of 4,000 ft (1,200 m), Loewenstein went to the rear of the plane to use the lavatory. On Loewenstein's Fokker, a door at the rear of the main passenger cabin opened on to a short passage with two doors: the one on the right led to the lavatory, while the one on the left was the aircraft's entrance door.
When he had not reappeared after some time, Loewenstein's secretary went in search of him and discovered that the lavatory was empty, and the aircraft's entrance door was open and flapping in the slipstream. The employee (along with the others on the plane) asserted his belief that Loewenstein had fallen through the plane's rear door and plunged several thousand feet to his death in the English Channel. 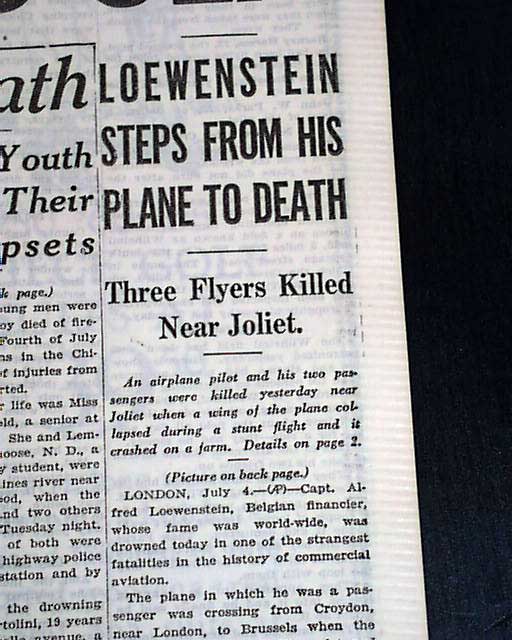 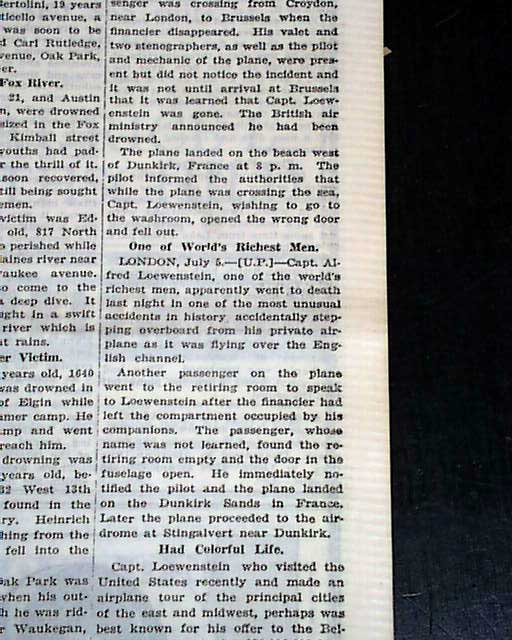 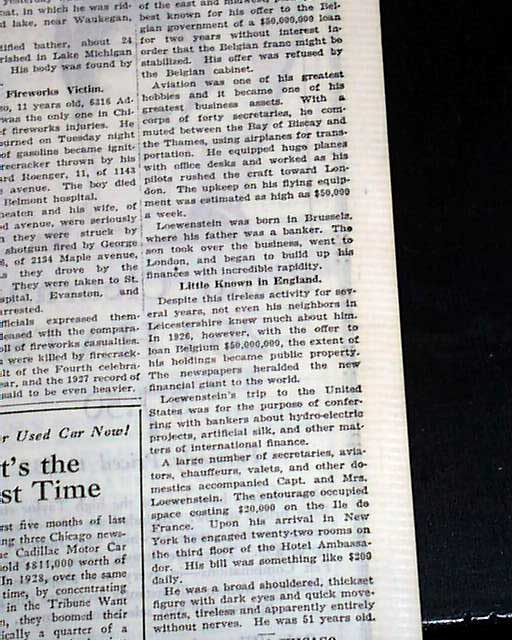 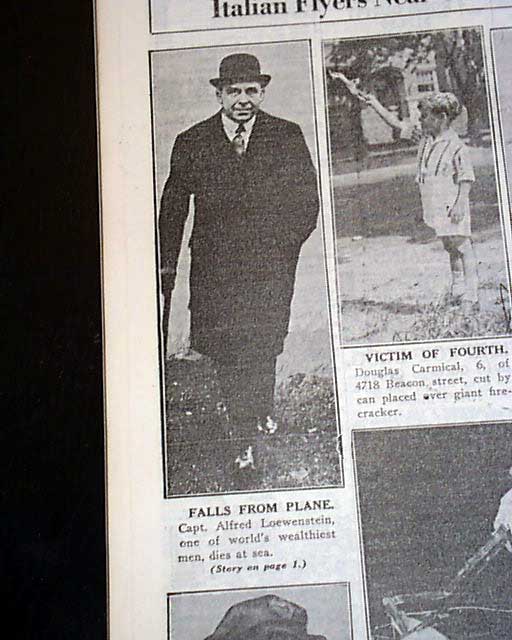