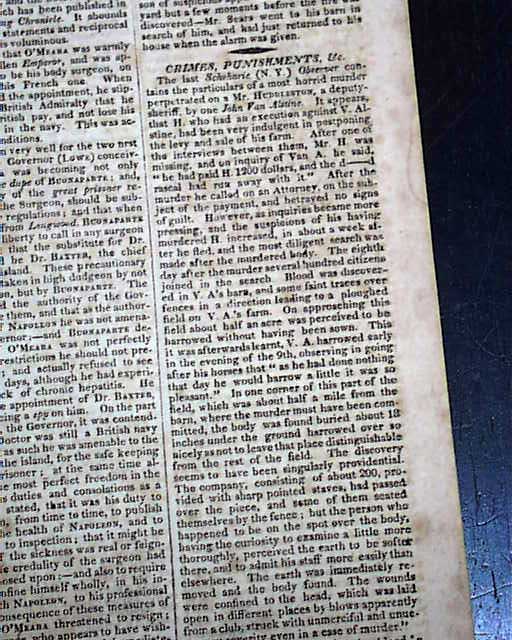 A page 2 report begins: "The Legislature of New Jersey...passed an act last Thursday, prohibiting the exportation of slaves or servants of colour out of that State. It makes it penal in the sum of 2000 dollars, or imprisonment...and more about the other circumstances that would warrant a fine or imprisonment."
Page 2 also has: "Declaration of Independence" which states in part... "Col. Trumbull has finished his exhibition in New-York if this excellent National Picture....Its arrival in Boston may therefore be daily expected. Other news of the day throughout. "
Four pages, damp staining to an upper quadrant & lower corner, generally nice.