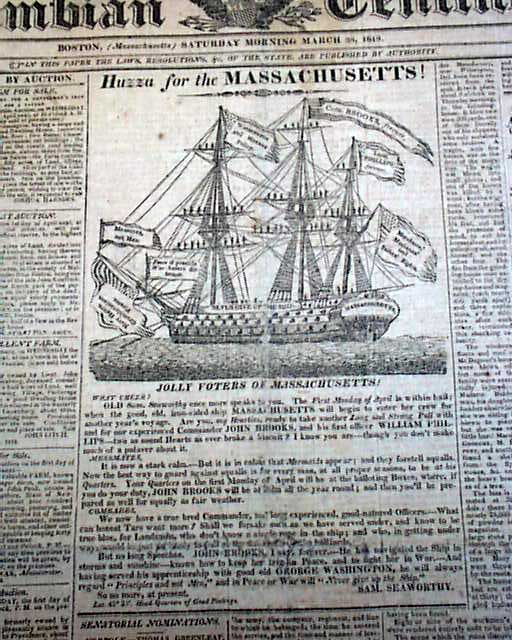 * Great political advertisement as for display

The ftpg. of this issue is dominated by a very large engraving of a ship headed: "Huzza, for the Massachusetts!", part of a political notice in support of John Brooks for governor.
Note that the flag on the tallest mast bears his name, with political slogans on the other flags. Much text as well. Given the considerable naval activity in the recent War of 1812 it is not surprising a nautical theme was popular for a political campaign.
Four pages, nice condition.