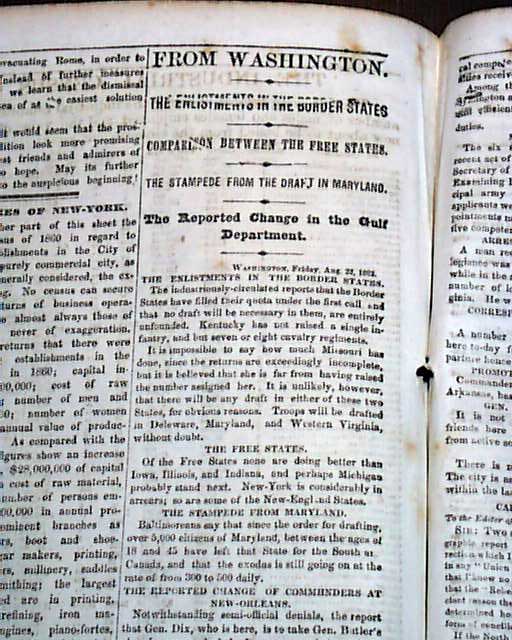 
NEW YORK TRIBUNE, Aug. 23, 1862  Among the ftpg. column heads on the Civil War: "Ovation to Gen. Corcoran" "General Corcoran's Response" "The Procession" "From Gen. McClellan's Army - Reported Evacuation of Williamsburg" "The Movement of Troops...Richmond Almost Bare of Rebel Troops...".
Plus there is more on pages 4, 5 and 8 including: "The Enlistments in the Border States" "The Indian Troubles in Minnesota" and much more.
Eight pages, nice condition.