Home > Back to Search Results > From when Philadelphia was the temporary capital of the United States...
Click image to enlarge 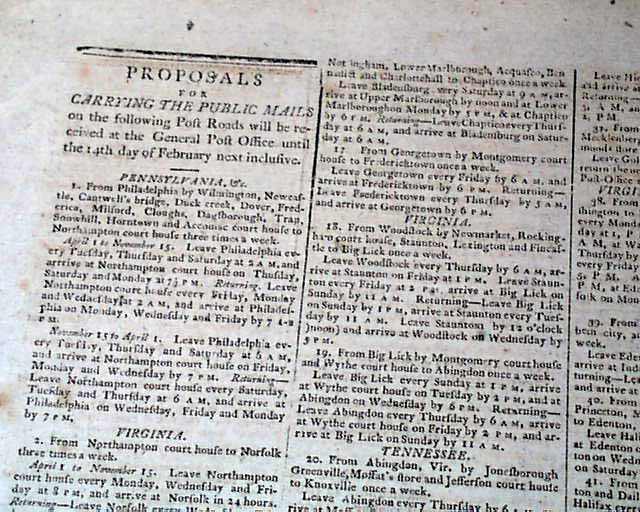 From when Philadelphia was the temporary capital of the United States...


GAZETTE OF THE UNITED STATES & PHILADELPHIA DAILY ADVERTISER, Jan. 13, 1798  The capital of the United States was in Philadelphia at this time while the District of Columbia was under construction.
Page 2 has the latest reports from Congress. The back page has an ad for a recently published book: "Observations on Certain Documents...The History of the United States for the year 1796, in which the Charge of Speculation Against Alexander Hamilton, Late Secretary of the Treasury, is Fully Refuted. Written by Himself..." with more detail. And over half of the back page is taken up with: "Proposals For Carrying the Public Mails..." with a terrific list of the various routes from town to town, by state.
Four pages, wide never-trimmed margins, nice condition.