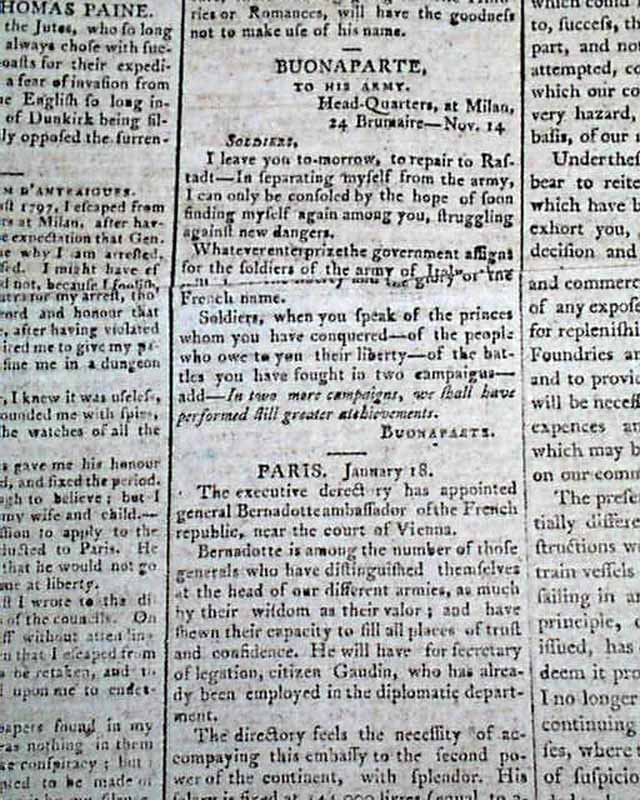 The capital of the United States was in Philadelphia at this time while the District of Columbia was under construction.
The entire front page is taken up with advertisements including 9 illustrated ship ads. Page 3 has a lengthy message to Congress concerning the growing troubles with France, signed in type by the President: John Adams. Also a dispatch from Italy: "Buonaparte To His Army".
Four pages, wide never-trimmed margins, nice condition.