Home > Back to Search Results > HMS Hood sunk by Bismarck in 1941...
Click image to enlarge 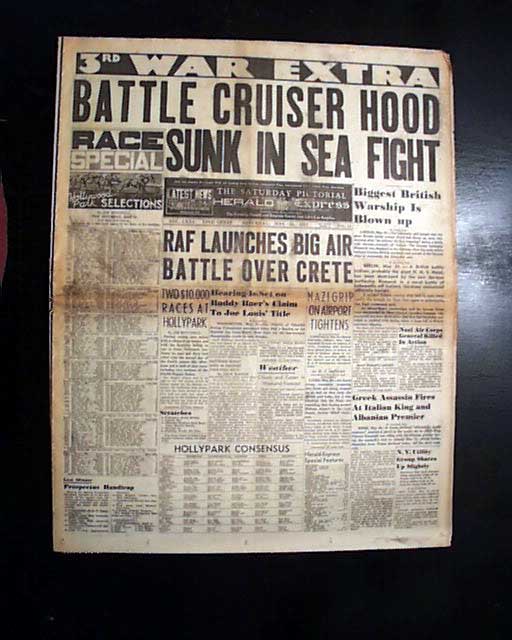 The front page has a great banner headline announcing: "BATTLE CRUISER HOOF SUNK IN SEA FIGHT" with subhead: "Biggest British Warship Is Blown Up" Nice for display. First report coverage on the sinking of the HMS by the German battleship, Bismarck. The Bismarck would be sunk in retaliation a few days later.
Complete with all 30 pages, toning and minor wear along the central fold, some light dirtiness, generally nice.

wikipedia notes: HMS Hood (pennant number 51) was a battlecruiser of the Royal Navy, and considered the pride of the Royal Navy in the interwar period and during the early period of World War Two. She was one of four Admiral-class battlecruisers ordered in mid-1916 under the Emergency War Programme. Although the design was drastically revised after the Battle of Jutland, it was realised that there were serious limitations even to the revised design; for this reason, and because of evidence that the German battlecruisers that they were designed to counter were unlikely to be completed, work on her sister ships was suspended in 1917. As a result, Hood was Britain's last completed battlecruiser. She was named after the 18th century Admiral Samuel Hood. Hood had served in the Royal Navy for over two decades before her sinking, almost certainly, at the hands of the German battleship Bismarck on 24 May 1941. 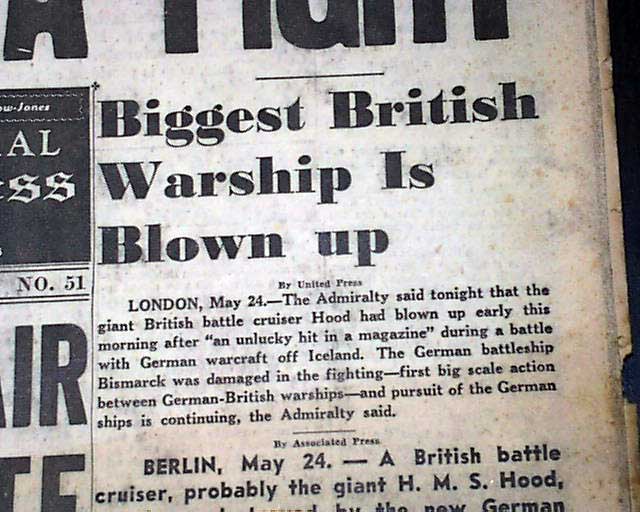 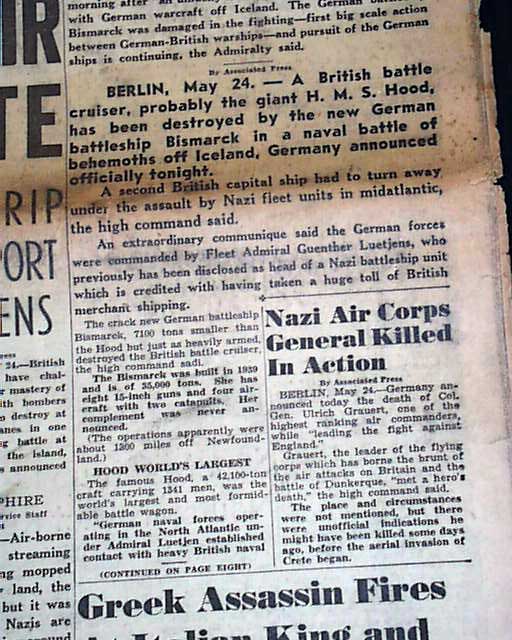